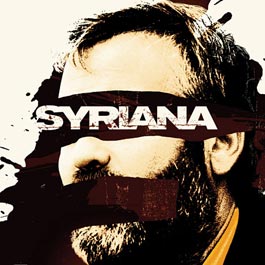 Critics have been hailing “Syriana,” George Clooney’s latest film to take on the policies of the Bush administration, as a cinematic tour de force that has “compelling real-world relevance” and is “unsettlingly close to the truth.” But what is the truth “Syriana” supposedly approaches? Put briefly, the plot traces the ramifications of a bungled assassination, authorized by the CIA, of a Middle Eastern leader who decided to sign a major oil deal with China instead of an American oil company with close ties to the US Government.

Given the increasing numbers of Americans who believe the Bush administration deliberately misled the country to justify the Iraqi invasion, many film-goers will no doubt be willing to accept the film’s argument that America’s thirst for oil—not the threat of terrorism, and certainly not a concern for human rights—drives the country’s policies in the Middle East, even when those policies violate our core ideals. But is the movie really a case of art imitating life, or does “Syriana” veer towards the kind of hyperbole and exaggeration that marred Oliver Stone’s “JFK”? The evidence would seem to speak for itself. It includes:

Two and a half years after the US-led invasion of Iraq, the Bush administration continues to resist calls for a major troop withdrawal, despite the fact that most intelligence reports, and most Iraqi politicians, confirm the presence of those troops to be the main motivation for the insurgency.

With American losses and expenditures mounting daily, the threat of WMD disproved, the promise of peace and democracy seeming increasingly pollyannish, it’s hard to think of many good reasons for the US to maintain a long-term presence in Iraq. Two that come to mind, however, are oil and military bases—subjects that remain largely unbroachable in polite discourse in Washington or Baghdad.

What else would constitute the “core interests” that both the Bush administration and leading democrats (most recently Sen. Joseph Biden) argue will be threatened by an American withdrawal from Iraq any time soon.

It took roughly fifty years for the CIA to admit that it organized the overthrow of Iranian President Mossadeqh when he dared to nationalize his country’s oil industry. Our government also helped organize coups that put the Baath Party in power in Iraq twice, in 1963 and 1968. There’s no doubt who was behind the toppling of Saddam. The question that remains, however, is: What was the real reason we invaded Iraq? On that score, “Syriana” hits closer to home than most politicians either side of the aisle would care to admit.