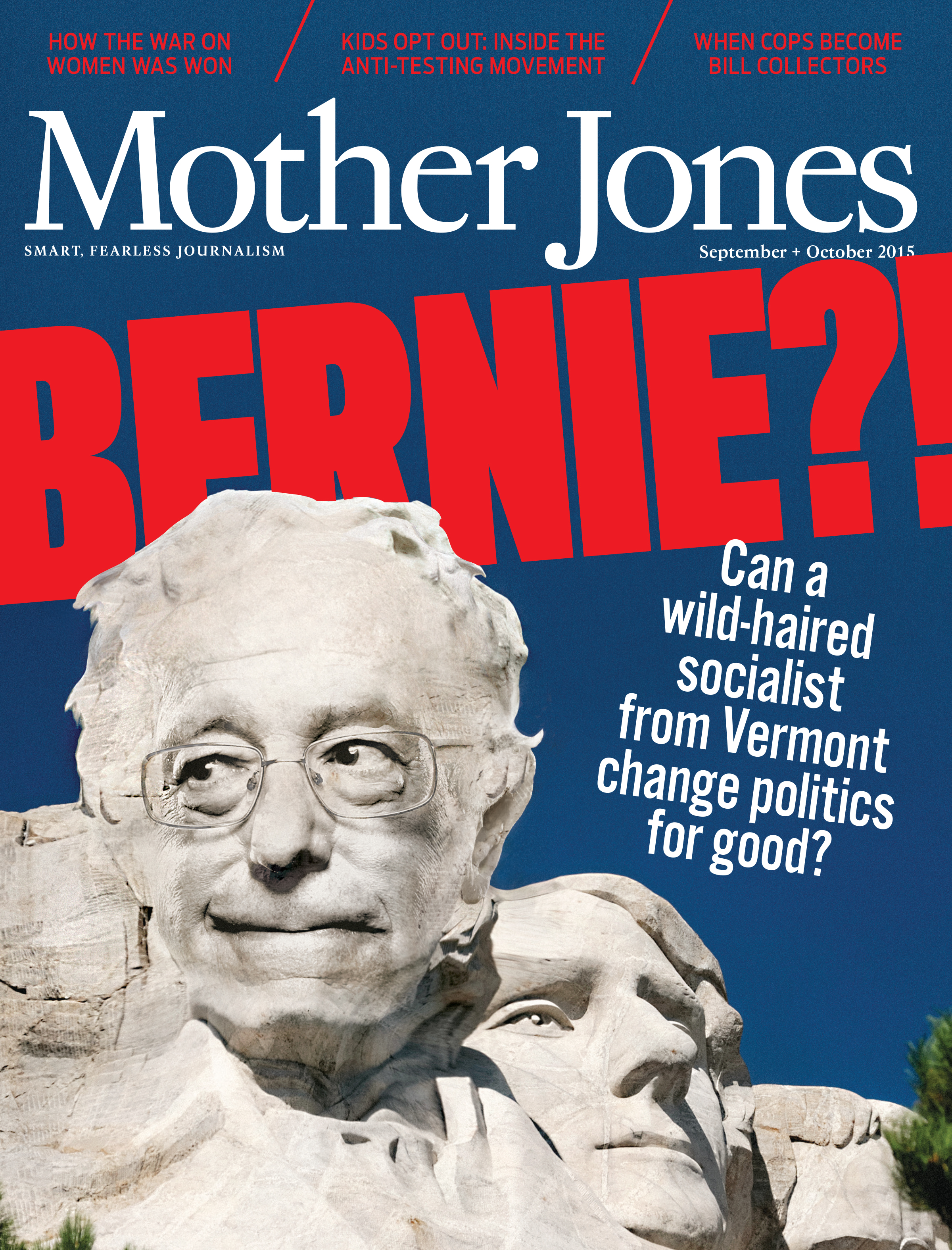 1 Jack Hitt (“To Collect and Serve“) is a regular contributor to the New York Times Magazine and This American Life.

Four decades from now, Tim Murphy hopes his writing as a 28-year-old will hold up at least as well as Bernie Sanders’ has (“‘We’re Not Crazy'”).

2 Molly Redden logged 300 miles and ran over one rattlesnake while driving between the country’s dwindling abortion clinics (“How the War on Women Was Won”); 3 Donna Ferrato’s work has been included in the permanent collections of the International Center of Photography and the Corcoran Gallery of Art.

Peter Kornbluh directs the Cuba Documentation Project at the National Security Archive, and William M. LeoGrande is a professor of government at American University; their article (“Cuba Confidential“) is adapted from a forthcoming epilogue to their book, Back Channel to Cuba.

5 Ted Genoways (“Heart of Agave”) is the author of The Chain: Farm, Factory, and the Fate of Our Food.

6 Gary Taxali is a Canadian illustrator (“Chilling Effect,” and “Come at King Corn”) whose work has appeared in the New York Times, Esquire, and Rolling Stone.