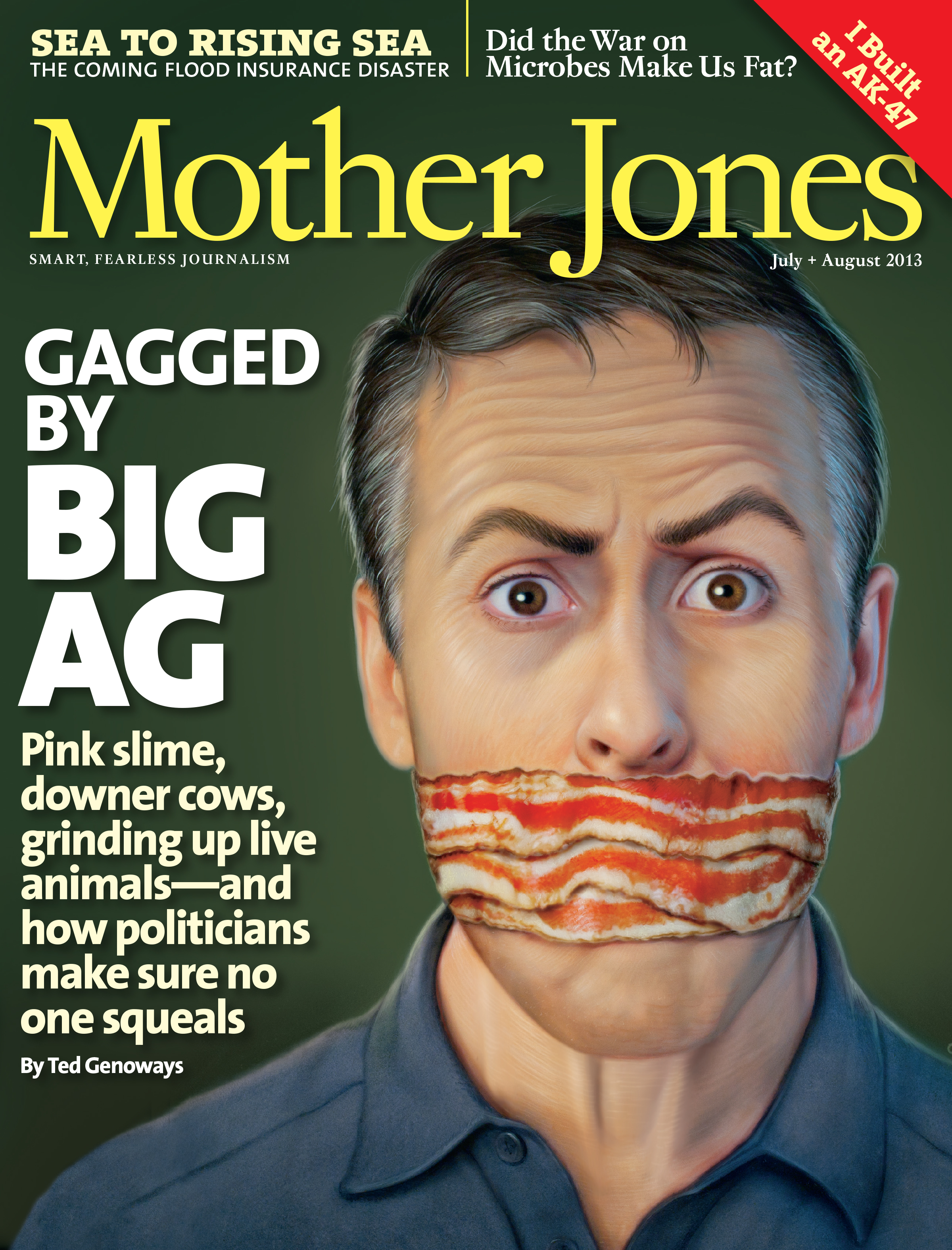 When he was a kid, Will Steacy (“Stop the Presses“), ran through the Philadelphia Inquirer newsroom while visiting his father, an editor there.

Up to four government minders at once shadowed 1 Kate Sheppard (“Under Water“), while she reported on sea level rise in Vietnam; after Hurricane Sandy, illustrator Yuko Shimizu hosted friends who had lost power in her New York City apartment.

Nebraska’s own 4 Ted Genoways (“Gagged by Big Ag“), is at work on a book about the meat industry in the great recession; the art is by 5 Tim O’Brien, who has drawn 13 Mother Jones covers since 2003—including this issue’s.

6 Moises Velasquez-Manoff (“Happy Microbes, Skinny Jeans“), is the author of An Epidemic of Absence, a book exploring how bacteria and parasites affect health; his reporting has deepened his understanding of his own allergies, asthma, and alopecia.