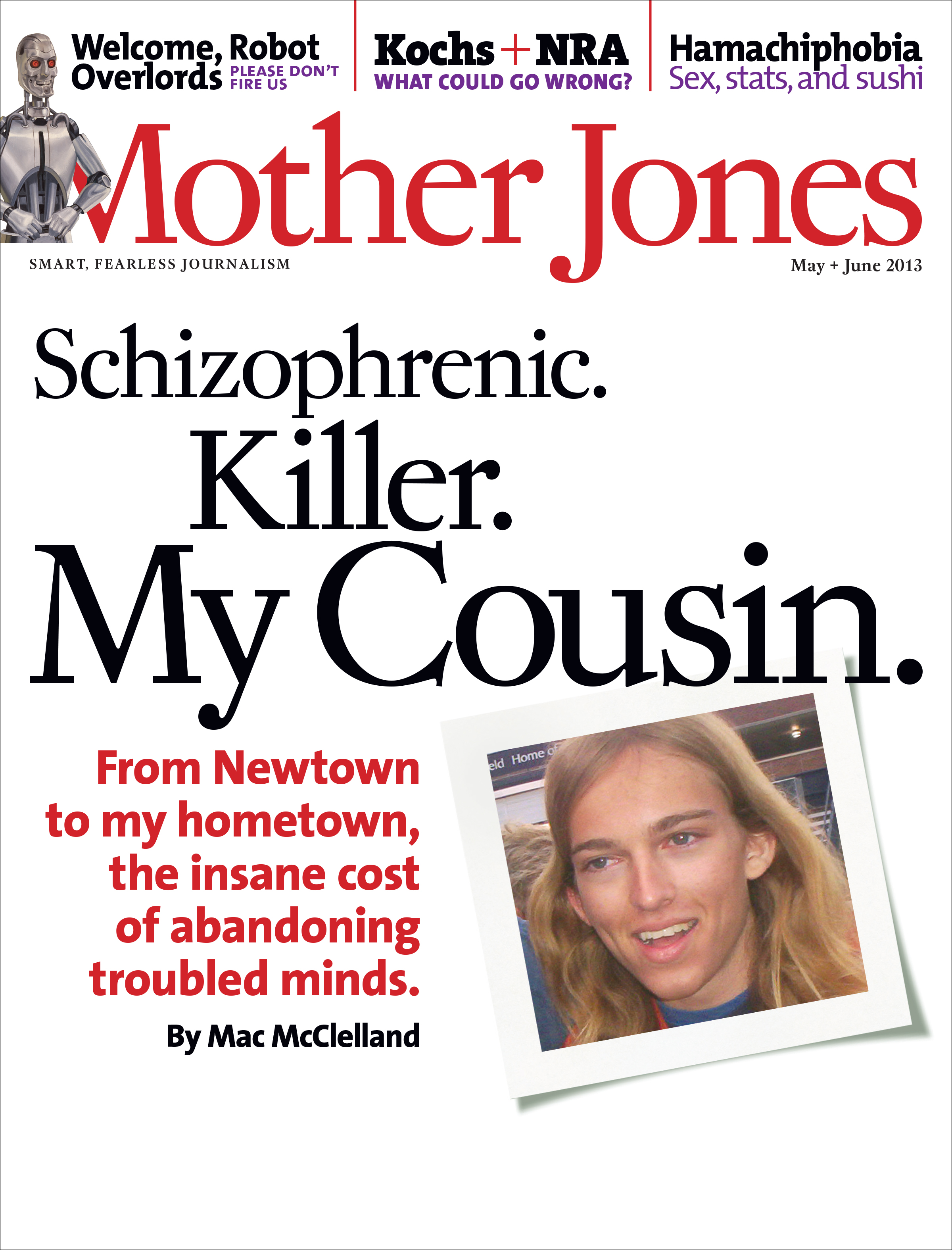 1 Peter Stone (“This Gun’s for Hire“) has reported on money and politics for more than two decades.

Mac McClelland would like to thank her family members, again, for agreeing to just one more interview (“Schizophrenic. Killer. My Cousin“); 2 Jeremy Harris’ photos have appeared in Rolling Stone and Kerrang!

Andy Kroll awkwardly ate alone at one of LA’s finest restaurants to glimpse the true life of a movie mogul (“Access Hollywood“); Robert Risko’s illustrations of the glitterati have been featured in Vanity Fair for 30 years.

4 Kathryn Joyce is the author of The Child Catchers: Rescue, Trafficking, and the New Gospel of Adoption; her article (“Return to Sender“) was supported by a Knight Luce Fellowship for Reporting on Global Religion.

After following boxer Claressa Shields from Michigan to China (“Stay Gold“), 5 Zackary Canepari is editing a documentary about the teenage Olympic champion.

Even though it was written on her list of prepared questions, 6 Sydney Brownstone chickened out of telling comedian Tig Notaro (“You’ll Laugh, You’ll Cry“) her best joke: It’s about a whale who walks into a bar with a shotgun and a six-pack. There is no punch line.