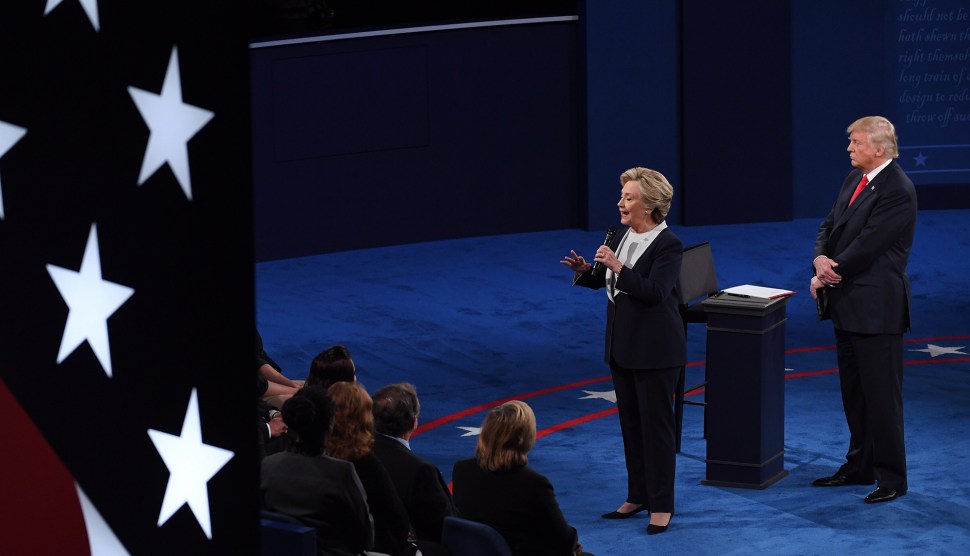 Do you remember “The Flight 93 Election”? It was an essay written in 2016 by Michael Anton, a sometime speechwriter for Rupert Murdoch, Rudy Giuliani, and George W. Bush, who also had a bit of Wall Street experience salted in over the years. It was printed in the Claremont Review of Books and it—oh hell, let’s just give you a taste:

2016 is the Flight 93 election: charge the cockpit or you die. You may die anyway. You—or the leader of your party—may make it into the cockpit and not know how to fly or land the plane. There are no guarantees. Except one: if you don’t try, death is certain. To compound the metaphor: a Hillary Clinton presidency is Russian Roulette with a semi-auto. With Trump, at least you can spin the cylinder and take your chances.

Anton’s essay had a huge impact when it was written, and in a way it describes the id of the Trumpist movement. In a nutshell, Anton argued that the nation was declining and close to collapse, which meant that voting for Donald Trump was our only choice. Like the passengers on Flight 93, who could charge the cockpit and probably die or do nothing and definitely die, conservatives needed to vote for Donald Trump whether they liked it or not. Sure, he might be a disaster. But Hillary Clinton would definitely be a disaster.

Rich Lowry, editor of National Review, reminded me of “The Flight 93 Election” a few days ago, and it produced two thoughts when I reread it. The first is something I’ve mentioned before: the reason conservatives fight so hard is that they really, truly believe that liberals are bringing about the collapse of the country. The second is that they’re completely wrong. Consider the “litany of ills,” that Anton enumerates at the beginning of his essay. I’m reproducing them here word-for-word, adding only numbers to make them easier to reference:

That all sounds pretty terrible. How about if we go through them one by one?

There’s no question that births to single mothers skyrocketed during the ’70s through the early aughts, and it’s certainly arguable that although this hardly portends the downfall of the nation, it’s had unhealthy effects on society. That said, during the Obama administration unmarried births went down, especially among teens:

And then there’s this:

As you can see, the highest concentrations of single mothers are in the deep-red south, pushing up into the industrial Midwest that’s been trending Republican for several decades. It’s lower along the West coast and the Northeast, and lowest in the Plains states. There’s a lot of noise here, but it certainly suggests that if single mothers are an epidemic, it’s one where ground zero is in places dominated by conservatives, not liberals.

Any regular reader of this blog knows that crime isn’t up. In fact, thanks to the introduction of unleaded gasoline in 1975, it’s gone down tremendously since 1990.

This is a favorite bugaboo of conservatives, but it’s just not true. Over the past half century, government spending has generally gone up during recessions and down during economic expansions—as it should. But over the long term spending has been flat. In 1970, total spending came to 34 percent of GDP. In 2020 it came to . . . 34 percent of GDP.

By this, I presume that Anton is talking about “wokeness,” the movement to increase awareness of things like systemic racism and rape culture. Like any movement led by young idealists, it can go too far sometimes, but aside from a few high-profile scalps it seems to have done little or no harm to conservatives. In fact, Anton may be surprised to learn that, if anything, it’s caused more internecine warfare among liberals than anything else.

In any case, it turns out that Americans have become more tolerant of letting people speak over the past few decades. The only exception is a growing intolerance for racists, which I assume even Anton considers a good trend. Personally, I doubt this affects many of us who aren’t political junkies, but I’ll still give Anton half a point for this.

This is ridiculous. Personal income taxes have stayed steady since the 1950s and corporate income taxes have gone down. Among the rich, JFK lowered the top marginal rate from 90 percent to 70 percent and Ronald Reagan reduced it further to 50 percent. Since then it’s bounced around in the vicinity of 40 percent. Meanwhile, Medicare and Social Security taxes, which primarily hit the middle classes, have indeed gone up. This, however, has been at the behest of Republicans, not Democrats.

Nobody really knows if this is true. Every year the American Society of Civil Engineers isuses a report in which they give the United States a D+ for its infrastructure, which is duly reported in all major media. But then, they would say that, wouldn’t they? They’re civil engineers, and they want an excuse to build new stuff. But what does our infrastructure look like if we take a more objective look at it? Here’s an example from Brookings:

We continue to build thousands of miles of interstate highway, and the overall smoothness of the highways has been improving since the early ’90s. The rest of the report suggests that we have more buses than ever and the age of the fleet is steady. Ditto for the urban rail fleet. It says nothing about bridges, but here’s a comparison of bridge failure rates over time from a paper published last year:

This is a little hard to read since the y-axis is on a log scale with negative exponents, but what it tells us is that bridge failures have fallen by more than half since 1950. This is for all bridges in the world, but the evidence suggests that American and European bridges are about equally reliable.

Bottom line: We do have bridges and roads that need work, but generally speaking our infrastructure is OK.

Gotta give it to Anton on this one. We really do suck at counterinsurgency.

This is just flatly untrue. High school graduation rates are up, and students today graduate with much better math skills than their parents and grandparents. The results in reading are more equivocal, but they certainly haven’t gone down.

As for whether the school system is willing to discipline “disruptive punks,” as Anton puts it, here are two charts that speak to this:

In summary: graduation rates are up; reading and math scores are up, violent behavior on campus is down, and satisfaction with K-12 education has stayed steady for the past two decades. And in case you’re curious, the US ranks about average among all countries for bullying.

No argument here. Student debt is indeed out of control.

Illegal border crossings sometimes spike up, as they did in 2019, but generally speaking they’ve plummeted since their peak in 2000. Now here’s legal immigration:

Legal permanent residency has steadily increased since 1960, but it’s been pretty flat for the past 25 years. There’s nothing much to see here even if you think legal immigration is bad for the country.

The basic lesson here is striking. Anton is not just scared, but absolutely terrified of national trends that, upon inspection, melt away. I feel much the same way I do when I hear some conservative pundit talking about what a hellhole California is. Well, I live here, and it seems pretty nice to me. We have our problems, just like any state, but overall California is a generally good place to live.

Needless to say, this terror of liberals didn’t stop with Hillary Clinton. It attaches to Joe Biden or, for that matter, to any Democrat. Like Anton, the insurrectionists who stormed the Capitol are emotionally convinced that the country is sliding into decay and eventual collapse. They get this from Fox News and other places, but they’ve never stopped to look around and see if it’s really true. Because the truth is that the stuff Anton is afraid of barely even exists. I give him full marks for pointing out both ineptitude in our disastrous recent wars and our skyrocketing student debt. Welcome to the left, comrade! And I give him a half mark for moments of excessive political correctness. If this is enough to make something into a Flight 93 election, then so be it. Alternatively, he could just become a Democrat and get nearly everything he wants while having a seat at the table to rein in the wokeness project if that’s what really bothers him. Come join us, Michael. The grass is pretty green over here.