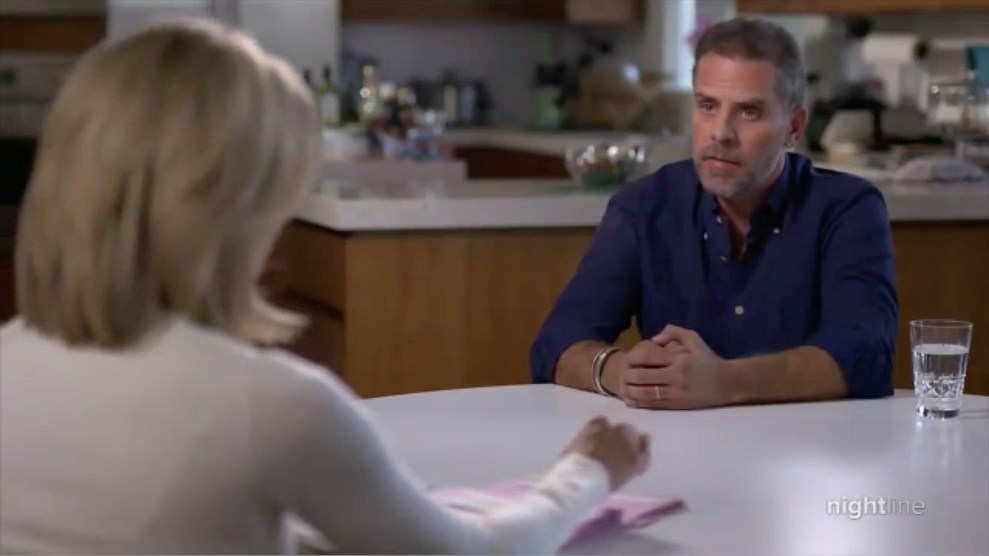 Why has the mainstream media mostly ignored the Hunter Biden story? According to Trump supporters, it’s evidence of a silent conspiracy not to publish anything in the closing weeks of the presidential campaign that might hurt Joe Biden.

This assumes, of course, that the mainstream media has ignored the Hunter Biden story. But have they? The Trumpies take the view that allegations of any kind, no matter how dubious, should be aired uncritically. Most news outlets, however, take the traditional view that allegations should be confirmed before they’re splashed on the front page. Today, Ken Dilanian and Tom Winter of NBC News explain that they’ve spent the past two weeks trying to report out the story and have been unable to:

The lack of major new revelations is perhaps the biggest reason the story has not gotten traction, but not the only one. Among others: Most mainstream news organizations, including NBC News, have not been granted access to the documents. NBC News asked by email, text, phone call and certified mail, and was ultimately denied.

After examining text messages provided by Bobulinski, the [Wall Street Journal] reported that “the venture — set up in 2017 after Mr. Biden left the vice presidency and before his presidential campaign — never received proposed funds from the Chinese company or completed any deals, according to people familiar with the matter. Corporate records…show no role for Joe Biden.”…An NBC News correspondent asked Bobulinski for an interview and for copies of documents in his possession, but he declined.

….An NBC News correspondent sent a letter two weeks ago to Giuliani, seeking copies of the materials. His lawyer, Robert Costello, granted the correspondent the opportunity to review some Hunter Biden emails and other materials in person. The materials included copies of Hunter Biden identification documents that appeared to be genuine. But without taking possession of the copies, it was not possible to conduct the sort of forensic analysis that might help authenticate the emails and documents.

….James Rosen, a reporter for the conservative-leaning Sinclair Broadcast Group, the nation’s largest operator of local television stations, reported this week that a Justice Department official told him the FBI had opened a criminal investigation into Hunter Biden and his associates last year focused on allegations of money-laundering — and that the probe remains active….NBC News has not confirmed any such investigation.

There is every reason imaginable to be suspicious of the Hunter Biden story. Rudy Giuliani is, to put it mildy, an unreliable source. The story about Hunter’s laptop being left in a repair shop is so fishy it stinks. The unwillingness to provide a full set of documents to reporters is an obvious tell that something is amiss. And even if it turns out that all the emails and other documents are legitimate, they still don’t implicate Joe Biden. They merely show what we already knew: that Hunter Biden would occasionally trade on his name in his business dealings.

Four years ago, the press went wild with the news that a cache of emails from Hillary Clinton had been located. That’s it. They had no idea whether the emails were new (they weren’t) or whether they contained anything interesting (they didn’t). There wasn’t even an allegation involved in this story, merely the existence of something that everyone already knew existed (emails between Clinton and Huma Abedin).

Having been suckered by conservatives over the email story in 2016, is it any wonder that reporters wanted at least a little bit of confirmation before splashing yet another conservative smear campaign on their front pages? And that they became justifiably dubious about the whole thing when Rudy Giuliani resolutely refused to let anyone see the entire document cache?

Of course not. The mainstream media did try to report the Hunter Biden story, but they ran into blockade after blockade. In the end, there was nothing there.