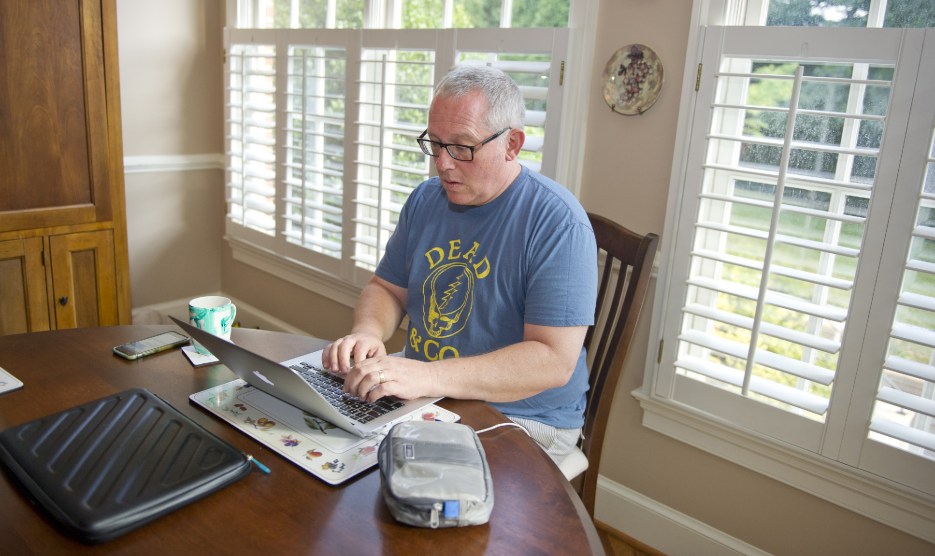 Michael Caputo, former flack for Vladimir Putin and Carl Paladino; fired from the Trump campaign after saying mean things about Corey Lewandowski; and poster of numerous sexually crude and sexist tweets directed at women as well as multiple derogatory and crude tweets about Chinese people. This was the background that qualified him to be the senior HHS spokesperson.Ron Sachs/CNP via ZUMA

Whenever I mention the CDC’s Morbidity and Mortality Weekly Report it’s usually to joke about that being the worst title ever for a newsletter. Jokes aside, though, it’s actually a highly respected publication that provides doctors around the world with reliable, current information about a wide variety of subjects. Recently, of course, COVID-19 has been one of its primary focuses.

And that’s a problem. You see, sometimes the MMWR publishes information that disagrees a bit with President Trump’s public statements. What to do? Correcting Trump is out of the question, of course, so the only other option is to pressure the CDC into backing off. According to Dan Diamond in Politico, that’s exactly what’s happened:

Since Michael Caputo, a former Trump campaign official with no medical or scientific background, was installed in April as the health department’s new spokesperson, there have been substantial efforts to align the reports with Trump’s statements, including the president’s claims that fears about the outbreak are overstated…Caputo’s team also has tried to halt the release of some CDC reports, including delaying a report that addressed how doctors were prescribing hydroxychloroquine, the malaria drug favored by Trump as a coronavirus treatment despite scant evidence.

…In one clash, an aide to Caputo berated CDC scientists for attempting to use the reports to “hurt the President” in an Aug. 8 email sent to CDC Director Robert Redfield and other officials that was widely circulated inside the department and obtained by Politico.

…Caputo also said that HHS was appropriately reviewing the CDC’s reports. “Our intention is to make sure that evidence, science-based data drives policy through this pandemic—not ulterior deep state motives in the bowels of CDC,” he said.

There you have it. Caputo wants to make sure that science reporting isn’t driven by “deep state motives in the bowels of the CDC.” Instead it should be driven by whether or not it annoys the president.