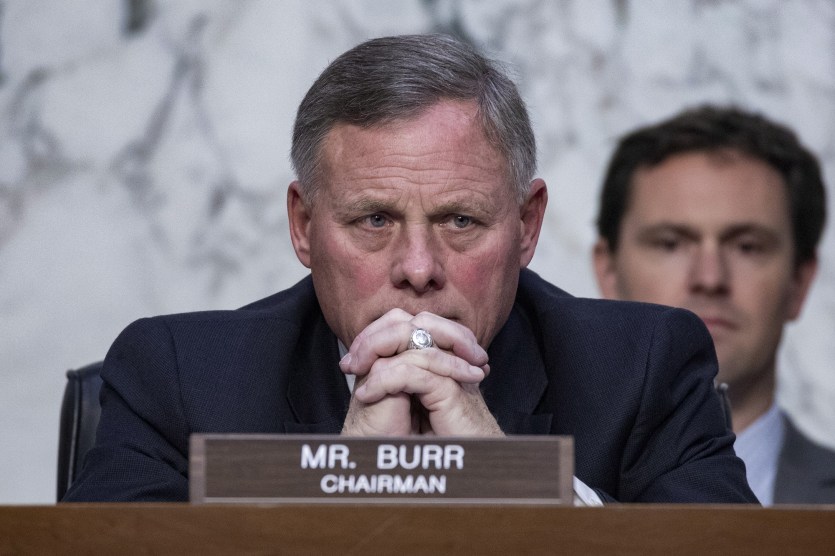 In early February Sen. Richard Burr (R–NC), chairman of the Senate Intelligence Committee, was getting classified briefings about the coronavirus pandemic. On February 7 he wrote an op-ed asssuring the public that everything was under control. On February 13 he decided to liquidate nearly every stock he owned:

A week after Burr’s sales, the stock market began a sharp decline and has lost about 30% since….Burr is not a particularly wealthy member of the Senate: Roll Call estimated his net worth at $1.7 million in 2018, indicating that the February sales significantly shaped his financial fortunes and spared him from some of the pain that many Americans are now facing.

….His biggest sales included companies that are among the most vulnerable to an economic slowdown. He dumped up to $150,000 worth of shares of Wyndham Hotels and Resorts, a chain based in the United States that has lost two-thirds of its value. And he sold up to $100,000 of shares of Extended Stay America, an economy hospitality chain. Shares of that company are now worth less than half of what they did at the time Burr sold.

Just a coincidence, I’m sure. But then there’s recently appointed Sen. Kelly Loeffler (R–Georgia), who also decided her portfolio needed some rebalancing after receiving a coronavirus briefing:

The Senate’s newest member sold off seven figures’ worth of stock holdings in the days and weeks after a private, all-senators meeting on the novel coronavirus that subsequently hammered U.S. equities….That first transaction was a sale of stock in the company Resideo Technologies worth between $50,001 and $100,000. The company’s stock price has fallen by more than half since then.

….It was the first of 29 stock transactions that Loeffler and her husband made through mid-February, all but two of which were sales. One of Loeffler’s two purchases was stock worth between $100,000 and $250,000 in Citrix, a technology company that offers teleworking software and which has seen a small bump in its stock price since Loeffler bought in as a result of coronavirus-induced market turmoil.

In addition to all this, starting in late January Sen. James Inhofe (R–Okla.) also began unloading big chunks of stock.

That’s a lot of coincidences! But that’s probably all they are. I can’t believe that members of the US Senate would use their position to protect their personal wealth instead of using it to protect the public and sound a serious warning that the pandemic was going to be a lot worse than President Trump was saying.