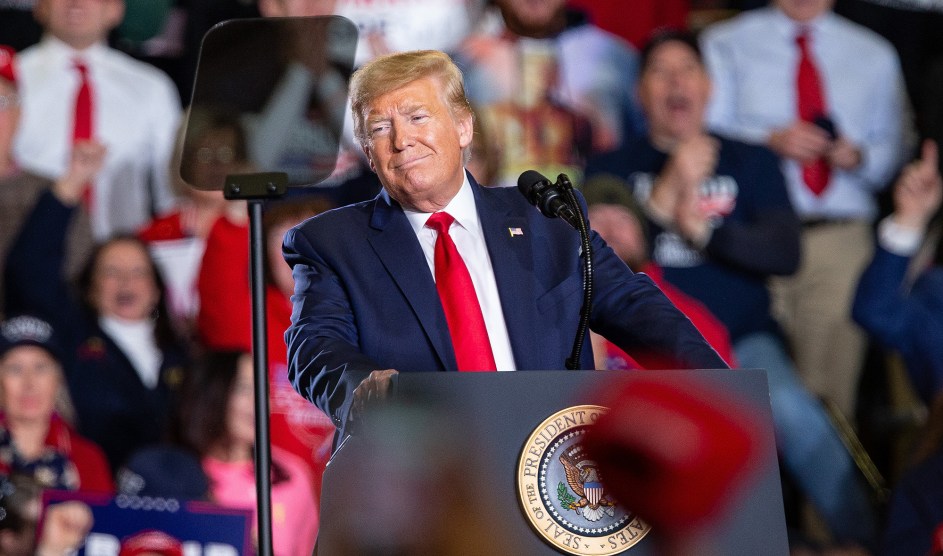 I’m bored and tired right now, so let’s pick a fight with someone over at National Review. Let’s see . . . how about Kevin Williamson?

Part of the case against Trump is that he misused executive power by ordering the government to do things that he did not have the legal power to order the government to do….But even as senators are delivering these really enjoyable lectures about defending the powers of Congress against executive arrogation, Senator Sanders is out there on the campaign trail promising to issue dozens of executive orders in order to circumvent Congress.

….“I’m president, I’m not king,” President Obama said in 2010. “There’s a limit to the discretion that I can show because I’m obliged to execute the law. I can’t just make the laws up myself.” Only a few months later, he would decide that he was not limited after all and make the very declaration he’d just said he didn’t have the power to make….In 2016, the Obama administration failed to win the vote of a single justice (including from his appointees) in ten cases brought before the Supreme Court.

Conservatives have been on the warpath against Obama’s executive orders for years. On January 20, 2017, most of them suddenly went quiet and liberals went on the warpath against Trump’s executive orders. This is fine, as long as you’re merely arguing about whether or not you like a particular executive order on a policy level. But when you get to arguing that an executive order is literally an assault on the Constitution, you’re on very slippery ground. Lawsuits are inevitable and fully expected in the kinds of cases we’re talking about, which means that when a president signs an EO he’s effectively asking the judiciary to rule on the power of the executive branch. There’s nothing wrong with that. What’s more, it’s sort of self-modulating. An EO that’s obviously defective will produce an emergency stay and then get quickly overturned permanently by a large majority of the Supreme Court.

Conversely, a close call is almost certain to stay in force for a while until it wends its way upward, eventually getting upheld or overturned by a small margin. This kind of negative feedback does two things. First, it allows executive orders to remain in force based on how likely they are to be a proper use of executive power. Second, it provides presidents with a good idea of what will fly and what won’t. Most of them will eventually get the message and quit bothering with crowd pleasers that are just going to get quickly stayed.

So there’s really nothing wrong with being aggressive about executive orders. In the case of, say, a ban on immigration from certain countries, Trump is taking a public action and then arguing in open court about his power to do this. That’s fine—and very different from the Ukraine version of Trump “ordering the government to do things that he did not have the legal power to order the government to do.”

In the case of Ukraine, Trump secretly set aside the expressed will of Congress to provide military aid to Ukraine. He secretly instructed his aides to lie about why aid was being withheld. He secretly advised the Ukrainian government that he wouldn’t release the aid unless they investigated a campaign opponent—a personal benefit that had nothing to do with legitimate foreign policy. Trump’s own administration advised him in secret that this was probably illegal, but Trump continued anyway.

These are wildly different things, not just different shades of gray. In one case, the president is publicly asking the courts if he has the authority to enact a particular bit of legitimate policy. It features built-in negative feedback. In the other, he is secretly demanding a personal benefit from a foreign leader in return for disbursing money that he knows he’s congressionally mandated to disburse. What’s worse, by acquitting him of wrongdoing it will become an action with built-in positive feedback.

And now, on to Iowa.