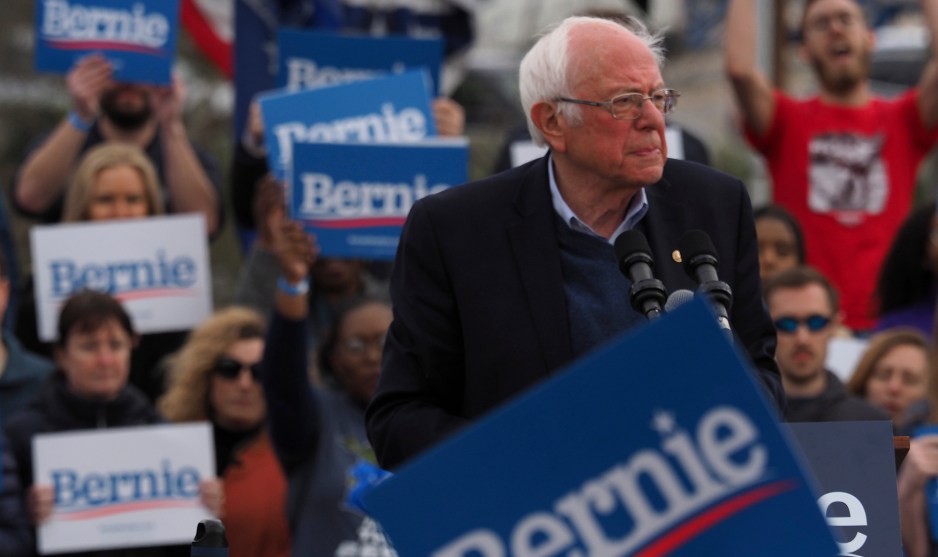 Over at The Corner, Jim Geraghty talks about who you’d trust most with a public health crisis like the coronavirus epidemic:

I concur with Michael Brendan Doherty’s assessment that the Trump administration’s response is, so far, not entirely reassuring. The markets aren’t going to be reassured by advice to “buy the dip” or talk of tax cuts, and investors are not going to feel confident when the White House chief of staff tells them to turn off their televisions….The prospect of a tanking stock market and genuine public anxiety about a virus might have Democrats feeling better about their chances in the presidential election in November. Big problems usually generate sentiment against the incumbent.

Then again, if it feels like the country is in a really dangerous spot . . . how much do Americans want to entrust everything to Bernie Sanders? Does a public-health crisis make Americans say, “Hey, let’s have a socialist revolution on top of all this?” Sanders believed, into his late forties, that cancer had psychosomatic aspects. Does he seem like the guy you want in charge during a pandemic or some other major public-health crisis?

I think Geraghty misses the point here. No one expects the president of the United States to be an expert on pandemic diseases. Bernie Sanders probably knows no more about them than Donald Trump does. What we do expect is a couple of things. First, we want a president who’s likely to listen to experts and let them speak to the public. Second, we want a president who’s going to appoint the best possible people to deal with the crisis.

Bernie Sanders would almost certainly be far better than Trump on both scores. There’s every reason to think he’d pay close attention to what the experts say. He would encourage someone like Anthony Fauci to hold daily press conferences instead of sidelining him. He would appoint a czar who had a reputation for both aggressiveness and deep knowledge of the federal bureaucracy—definitely not someone like Mike Pence. He would tell the truth when he spoke to the public, and he would mostly care about fixing the problem rather than fretting endlessly about his own reputation.

Even if you think Bernie Sanders has ridiculous ideas about the economy, there’s no reason to think he has weird ideas about how to handle a public health emergency. He would at least handle it normally, and quite possibly handle it well. Donald Trump, on the other hand, has weird ideas about everything and is motivated primarily by a desire to show that he’s not to blame for anything bad. That’s a toxic combination that Sanders can’t come close to matching.