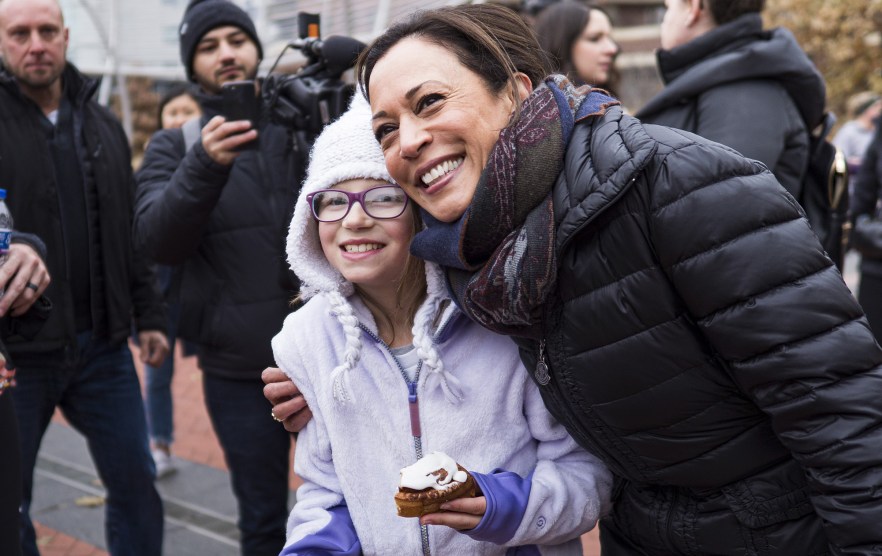 As a proud employee of a 501(c)3, I have to be a little careful about expressing my personal support for political candidates. But now that Kamala Harris is out, I can say a bit more about her.

Initially, I was tentatively in her camp. I’ve seen her in Senate hearings and she’s very impressive. She has considerable political experience. She’s plenty liberal, but knows how to play nice when she has to, unlike folks like Bernie Sanders. She obviously had an inside track on both the black vote and the women’s vote. I knew perfectly well that she had done some things as California attorney general that would hurt her in a Democratic primary, but everyone with experience has at least a few issues like this. Overall, she seemed like a good, serious contender.

Then came the Biden moment in the first debate. “You also worked … to oppose busing,” she said to Biden, who was standing right across from her. “And, you know, there was a little girl in California who was part of the second class to integrate her public schools, and she was bused to school every day. And that little girl was me.”

Now, this was something of a cheap shot, but I was OK with that. Like they say, politics ain’t beanbag, and I was actually pleased to see that Harris was willing to be a little mean. Rebecca of Sunnybrook Farm is not going to beat Trump in November. But things went downhill from there.

What Harris should have done is taken the poll bump and the fundraising bump and then smoothed things over. The very next day she should have said something a little conciliatory. “I understand it was different times, and I don’t really hold this against Joe even though I would have done something different.” This would have accomplished a couple of things. First, it would have taken the issue off the table and reduced the inevitable rain of media fact checks, which were never going to make her look good. Second, it would have allowed Harris to get off of busing, which is not a popular topic even now, and move on to other subjects.

Instead, she treated her mini-victory in the debate as a template. The fact checks came in and Harris was wobbly responding to them. But because it had worked, she seemingly started looking around for other trivial little things that she could toss out to get a bit of a media bounce. It made her seem unserious, the captive of a media strategy instead of a candidate with real policy chops. And that’s what she needed. She should have used her moment in the spotlight to get some attention for well-thought-out policy ideas that positioned her where she naturally belongs: clearly progressive, but not trying to out-left Bernie Sanders or Elizabeth Warren. That never really happened, and she eventually seemed like a one-hit wonder continually casting about for a second hit.

So I became increasingly disenchanted with her. If you’re going to triangulate, you have do it like you mean it. She didn’t, and the man behind the curtain was a little too obvious.

This is not the conventional story about Harris, by the way. Jamilah King summarizes that for us today, saying that Harris “ultimately could not reconcile the nearly two decades she spent in law enforcement with a rapidly changing political landscape on criminal justice issues that’s driven by the progressive base’s desire for systemic change.” That may well be the case, and I don’t know how many people had reactions similar to mine. But I’ll bet at least a few did.