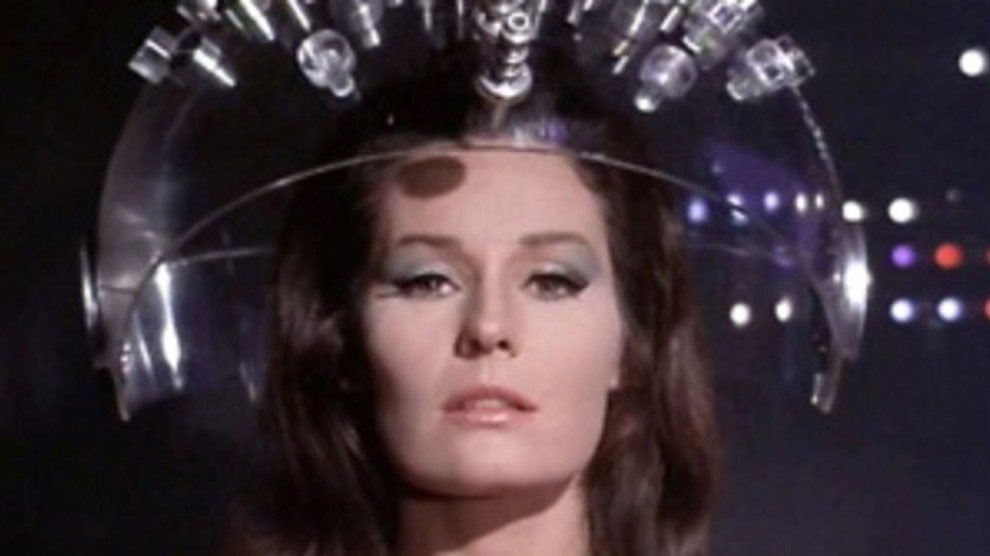 Sure, she *looks* innocent, but is she really?

Let’s do some science fiction today. Recently both Mark Zuckerberg and Elon Musk’s have announced that they’re building tech to read your mind. It doesn’t work so great yet, and it’s mainly aimed at controlling prosthetics or allowing you to answer your iPhone with a flick of your mind. But it’s getting better, and in the near future it’s a good bet that technology will be able to read minds in at least a crude way.

Over at Vox, Sigal Samuel talks to neuroethicist Marcello Ienca about what this means. Ienca proposes four cognitive human rights we should all have, including this one:

You should have the right to seclude your brain data or to publicly share it.

Ienca emphasized that neurotechnology has huge implications for law enforcement and government surveillance. “If brain-reading devices have the ability to read the content of thoughts,” he said, “in the years to come governments will be interested in using this tech for interrogations and investigations.” The right to remain silent and the principle against self-incrimination — enshrined in the US Constitution — could become meaningless in a world where the authorities are empowered to eavesdrop on your mental state without your consent.

The Fifth Amendment guarantees a right against self-incrimination. But why? Notably, it is not designed to make it easier for the guilty to avoid punishment. There are two main arguments in favor of it. First, authorities should have to make a criminal case against you on their own, rather than forcing you to help them out. Second, forced confessions have a long and gruesome history of being misused. No more Star Chamber proceedings for us. A third, perhaps narrower, argument is that juries should judge cases on the facts, not on listening to the defendent on the stand and deciding whether she “sounds” guilty or cagey.

But do any of these really apply to a technological solution? For the purposes of this conversation, let’s assume the tech is accurate and noninvasive.¹ It could easily be adapted to address all of these issues. First, authorities could be required to pass some kind of “probable cause” bar before they’re allowed to interrogate anyone. We can set that bar wherever we like, and we can insist that interrogation be strictly limited (no fishing expeditions) and done in front of a judge. Second, if a case goes to trial, the interrogation would be done in open court. There would never be any incentive to beat a confession out of someone since the truth would eventually come out anyway. And the defendent’s demeanor would never come into play. All that matters is what the brain scan tells us about the facts in the defendent’s memory.

Given this, why would anyone not want to use tech like this? It would vastly improve the accuracy of the criminal justice system. It would be racially blind. It would save billions of dollars. It would deter crime since the odds of being caught would become pretty high.

I’m sure there are drawbacks here and there. Would it work on the mentally ill? How about people who have genuinely convinced themselves they’ve done nothing wrong (or vice versa)? But these strike me as fairly minor issues in the face of a system that could reform and improve the criminal justice system by orders of magnitude in a stroke. What’s not to like?

¹Needless to say, maybe it wouldn’t be. Or maybe it could be gamed. Or maybe the same tech could be used to implant false memories into criminals’ heads. Who knows? But for now let’s stick to the basic question of whether it’s a good idea even if it works.