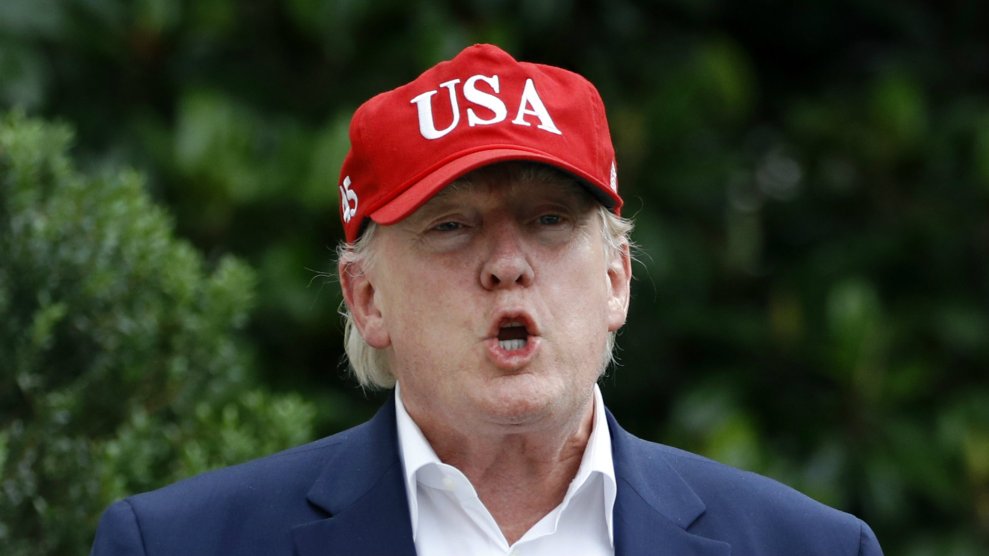 Support for Trump and opposition to his critics are making them less willing to condemn behavior as racist and more inclined to dismiss accusations of racism as moves in a political game. Just compare the way Senator Lindsey Graham used to talk about Trump and race to the way he talks about it today.

….Each apparent provocation has an innocent explanation. When Trump said that Representative Elijah Cummings’s Baltimore congressional district was a land of filth and misery, he was … standing up for the poor misgoverned people of that city! When he said that a federal judge could not be fair to him because he was “Mexican,” Trump was … making a profound, nay Lincolnian, point about identity politics. There is certainly no pattern to see here, save that of his being plain-spoken and his critics reading him uncharitably.

….Because our culture has defined racism as wholly unacceptable, very few people are willing to step forward and say, “The president keeps making racist comments, but what’s more important is that he is delivering on taxes and judges and regulation.” (Kris Kobach waffled rather than say it.) The evidence of his bigotry has to be ignored, wished away, re-interpreted.

Ponnuru and I have had some harsh words for each other in the past, and I suppose we will again in the future. But I appreciate this. Ponnuru hasn’t left the Republican Party or become an apostate. He’s an active conservative in good standing, and there’s not much for him to gain by telling his fellow conservatives that they need to quit pretending that Trump isn’t deliberately stoking racial fires. But he did anyway.

The problem is that this leaves conservatives stuck with what Ponnuru calls the “transactional case” for Trump: admit that he’s a bigot but argue that it’s important to support him for other reasons. This is, obviously, not a viable electoral strategy.

At the beginning of Trump’s term, conservatives could have avoided this problem entirely if they had made it clear to Trump that they wouldn’t put up with racist comments, veiled or otherwise. Even a guy as feral as Trump eventually would have gotten the message and cut it out. But as time went by, it became less and less possible to suddenly turn around and criticize something they’d been OK with for months or years. Now they’re trapped. They have a president whose public bigotry is completely out of control, but no matter how far he goes they can’t say anything. It’s too close to next year’s election. And the whole country is trapped with them.