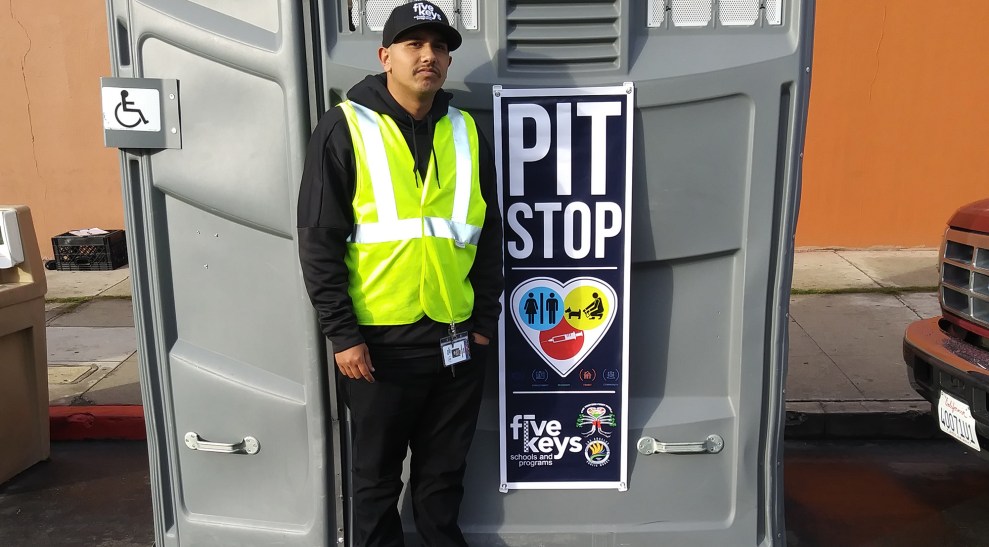 L.A. has estimated that staffing and operating a mobile bathroom can cost more than $300,000 annually — a price tag that has galled some politicians. During budget talks this spring, city officials estimated that providing toilets and showers for every homeless encampment in need would cost more than $57 million a year. “How many single-family homes could you build for that much money?” Councilman Paul Krekorian asked at a hearing at City Hall last month, saying that L.A. had to find a cheaper solution.

This comes on the heels of a report that the interim shelters LA is currently building are coming in both late and vastly over budget.

This is such a peculiar problem. I keep reading about it, and yet the answers seem so elusive. Part of the problem, I suppose, is that when cities house the homeless they aren’t allowed to take shortcuts. Their shelters have to be built to code and they have to provide handicapped access and they have to be supervised and so forth. Especially, in a big city, that’s expensive.  People are often shocked at the cost of building schools in big cities too, but that’s just the nature of a place with high land values.

And yet . . . it sure seems as if you could make fairly quick inroads by focusing at least some attention on merely making things better, rather than making things great. There are, after all, many different kinds of homeless people, and some them actively resist living in conventional shelters. Isn’t it possible to at least provide them something they’re comfortable with, even if it’s little more than a better tent in an area with food and sanitation and just enough supervision to keep it safe? Would this be illegal? Or attract endless lawsuits? I don’t know. But if the only answer is multimillion dollar shelters for every single homeless person, then even LA’s billion-dollar Measure H sales tax won’t be enough to make a real dent. And it won’t attract the folks who simply refuse to live in managed shelters anyway.

I know all this stuff has been thought through a thousand times already, and the biggest problem remains community opposition to homeless shelters in their neighborhoods, but still. It sure seems like there’s something not quite right about all this.