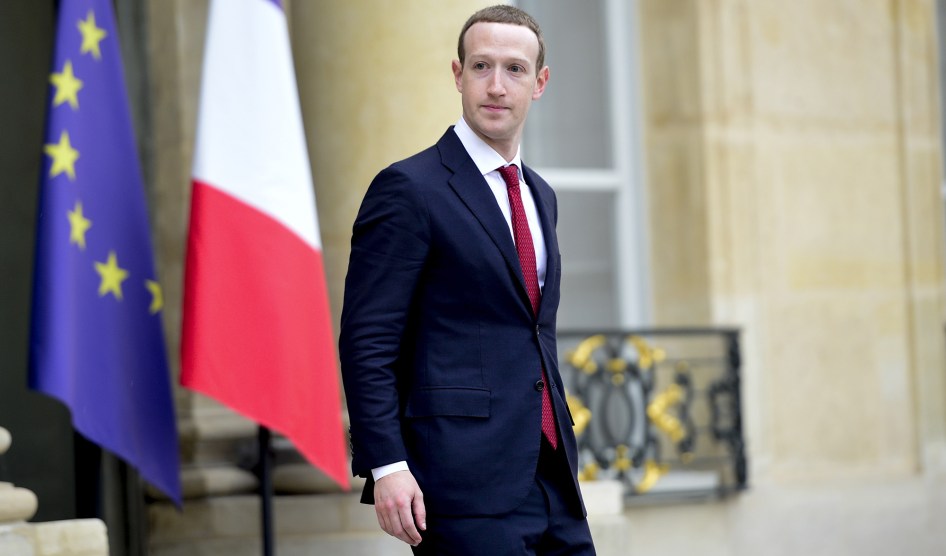 Your puny flags mean nothing to Mark Zuckerberg. Soon he will be the emperor of the world.Panoramic via ZUMA

Facebook’s new cryptocurrency is here, and it’s . . . pretty ordinary. On its surface, Libra appears to be a payment mechanism that mimics what WeChat does in China, but Facebook claims that Libra is a cryptocurrency because its underlying guts are based on a blockchain, which might or might not really be true, but in any case seems irrelevant. After all, it’s a centralized system maintained by “nodes” that are administered by other centralized payment players (MasterCard, PayPal, etc.), and you have to register using your real name. There’s nothing crypto about this.

So what’s the point? To be the Western WeChat? Max Read says that’s a puny ambition for someone with Mark Zuckerberg’s appetite for global domination:

It’s worth asking, at this point: Why a cryptocurrency at all? If the limit of Zuckerberg’s ambition is to be the Western WeChat, or the new Visa and American Express, why does Facebook feel like it needs a whole new means of exchange? It could partner with a global banking conglomerate to undercut rivals’ fees, and leverage its already enormous network to enter the payment sector, the way WeChat or, to a lesser extent, Apple has — all without having to build out an enormous, headache-inducing technical and regulatory apparatus.

But since when has Zuckerberg limited his ambition to competing with mere companies? As far as I know, there’s only one other entity out there developing a blockchain-based digital currency for a billion-plus-member economy: China. The People’s Bank of China has been amassing blockchain and digital-currency patents as it develops its own cryptocurrency — loosely pegged to a basket of other currencies, just like Libra — which could help it more efficiently monitor and control capital flows. (So much for the decentralized, anarchist dream of cryptocurrency.) Facebook doesn’t want to compete with Mastercard, or even with Goldman Sachs. It wants to be the currency platform Mastercard operates on. Facebook’s payment product is a whole new currency because its long-term competition isn’t PayPal or Visa or even WeChat, but the renminbi, the euro, the yen, and the dollar.

So it’s a new currency that’s . . . backed by a basket of existing currencies? OK, sure. I guess. But it sure sounds an awful lot like either a garden variety payment app such as Venmo or Google Cash or . . . Facebook Messenger; or else a garden variety online bank. Or some combination of the two. I don’t doubt that Facebook can turn this into a huge business, but it’s a little less clear to me that it’s something revolutionary.

In any case, I think this explains Mark Zuckerberg’s recent claim that he’s going to turn Facebook into the most privacy-obsessed social media network on the planet. Most people, including me, scoffed. Why even bother with such a ridiculous claim? It’s now a little clearer: no one in their right mind would trust their bank account to a company with a privacy track record like Facebook’s. That’s why Facebook insists that Libra will be totally, completely, irrevocably separate from Facebook. But just in case you don’t entirely believe that, Facebook is also trying to clean up its own privacy game. I guess that makes sense.

It’s still not clear to me why this makes a lot of sense for Facebook’s users in the West, where banking services are ubiquitous, but it certainly makes sense for Facebook. Even if, in the end, Libra just ends up being the Western WeChat, that’s a pretty nice market. And if it ends up being the next global reserve currency? Well, why not? Who better would you trust to control the monetary policy of the world than Mark Zuckerberg?