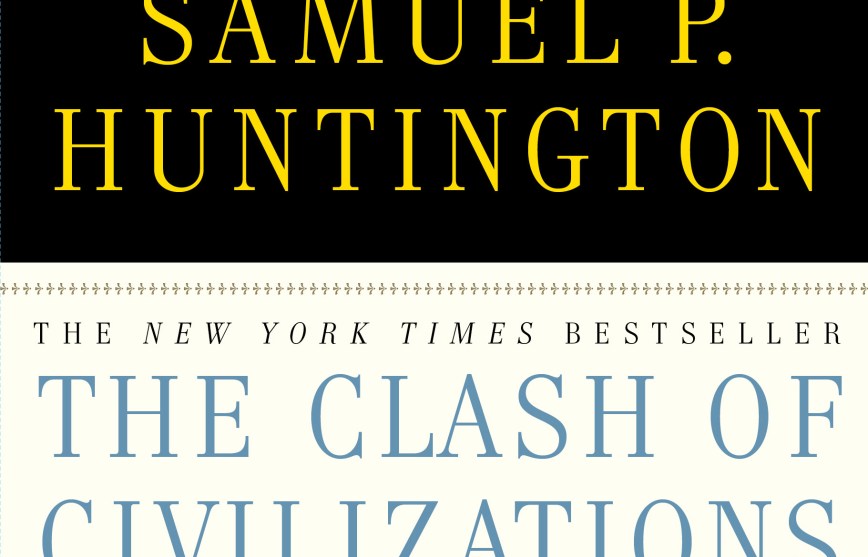 Ross Douthat says the terrorists who bombed churches in Sri Lanka over the weekend believe that “Western Christianity and Western liberal individualism are the conjoined enemies of their longed-for religious utopia….Tourists and missionaries, Coca-Cola and the Catholic Church — it’s all the same invading Christian enemy, different brand names for the same old crusade.” Perhaps so, but Douthat also says—well, I’m not quite sure what he says. I’ll just let you read it for yourself:

[There is] a way in which liberal discourse in the West implicitly accepts part of the terrorists’ premise — by treating Christianity as a cultural possession of contemporary liberalism, a particularly Western religious inheritance that even those who no longer really believe have a special obligation to remake and reform. With one hand elite liberalism seeks to keep Christianity at arm’s length, to reject any specifically Christian identity for the society it aims to rule — but with the other it treats Christianity as something that really exists only in relationship to its own secularized humanitarianism, either as a tamed and therefore useful chaplaincy or as an embarrassing, in-need-of-correction uncle.

I’ve read this several times, and I still can’t quite figure out what he’s trying to say. This happens a lot when I read pieces by Christian apologists. They twist and turn and wrap themselves into pretzels so much that, in the end, I’m never quite sure precisely what their point is. I wish they’d just come out and say it, whatever it is.¹

In this case, my best guess is that Douthat believes that (a) liberals are mostly agnostics who reject a Christian identity and (b) liberals also dislike full-throated Christianity and would like Christians to tone things down and do their praying quietly. If I have this right—and I’m not at all sure I do—then there’s supposed to be some kind of tension between these two views. But I’m not sure what it is.

In the end, I guess this is really his main point:

One of the basic facts of contemporary religious history is that Christians around the world are persecuted on an extraordinary scale — by mobs and pogroms in India, jihadists and United States-allied governments in the Muslim world, secular totalitarians in China and North Korea. Yet as an era-defining reality rather than an episodic phenomenon this reality is barely visible in the Western media, and rarely called by name and addressed head-on by Western governments and humanitarian institutions. (“Islamophobia” looms large; talk of “Christophobia” is almost nonexistent.)

Hmmm. I don’t think we should count China or North Korea since they’re obviously equal-opportunity persecutors. As for India, Muslim-Hindu violence massively outweighs violence against Christians. That leaves only the Islamic world, where there’s little question that Christians are persecuted de jure in ways that virtually no Western nation persecutes Muslims. In the end, then, what we’re left with on the Christian persecution front is that many Muslim-majority countries are theocracies that prohibit the practice of any other religion, while the secular West generally allows substantial amounts of freedom to all religious sects.

Douthat thinks liberals are unwilling to talk much about this, and perhaps he’s right. Jihadists certainly see the world in apocalyptic Muslim-Christian terms, and it strikes me as unwise to help them along by agreeing with them. I would very much like to see Saudi Arabia and Iran and all their poisonous progeny become modern secular states, and the best way to make this happen is probably not to encourage their current worldview by playing a role in their clash-of-civilizations game. If this makes me a typical atheist liberal mushball, so be it.

And that’s that. I’m a secular humanist—what else could a secular person be?—but I don’t object to other people having different beliefs. I just wish you’d all calm down and leave everyone else alone. Sadly, that’s not likely to happen anytime soon.

¹I run into this problem myself, almost always when I’m trying too hard to make sure I don’t offend anyone. Eventually I’ve tap-danced and acknowledged exceptions and just generally nuanced myself into incomprehensibility. It’s always a good idea to account for other people’s views and to avoid gratuitously offending them, but it’s not so good to be bullied into being too scared to say what you think.