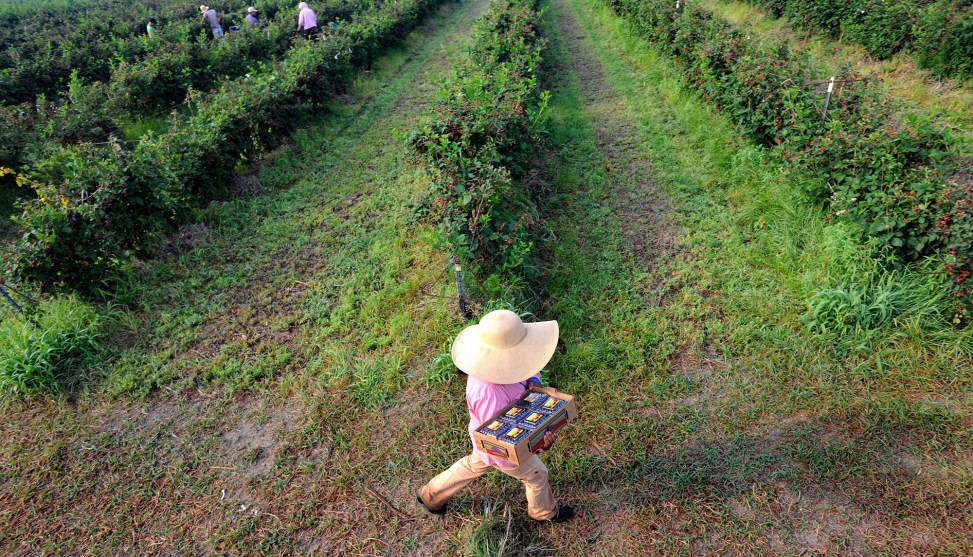 A couple of days ago I asked what liberals ought to do if the Supreme Court allows President Trump to add a citizenship question to the 2020 census. One option is to tell undocumented workers to simply lie about being citizens, but as David Dayen points out, that’s illegal:

When I looked into this, I found out that just telling people to lie on the census form and check the citizenship box would open campaigners up to prosecution. Terri Ann Lowenthal, the former staff director of the House census oversight subcommittee and now a consultant on census-related issues, pointed me to 13 U.S.C. Section 222, which states that anyone taking action “with the intent or purpose of causing an inaccurate enumeration of population to be made” can be fined up to $1,000 or imprisoned for up to a year.

So what other possibilities are there?

I am not advocating for anyone to improperly fill out the census form. But I was a census enumerator myself in 1990, and I know that I was instructed to get residents to fill out as much of the form as possible. Even if I could only get the number of people in the home, that form would be counted. “People and households are counted even if they don’t answer all the questions,” Lowenthal told me.

If households are counted even if they leave the citizenship question blank, the danger to electoral apportionment and federal funding allocation could be removed. Article I and the 14th Amendment to the Constitution clearly mandate counting “the whole number of persons in each state.”

So what happens if a substantial number of households simply refuse to answer the citizenship question? This form of massive civil disobedience was one of the most common suggestions I received: if millions of people leave the citizenship question blank, then it’s useless and no public policy can be based on it. The problem is that this doesn’t solve the actual question at hand: getting a full count of those who aren’t citizens. If the citizenship question scares undocumented workers from even responding, then we’ll get an undercount regardless of what the rest of us do. That’s the whole point of this cynical exercise. If California ends up with a recorded population of, say, 38 million instead of 39 million, maybe it loses a congressional seat. Take that, Hillary lovers!

So what to do? At this point, I suppose I should admit that my best guess is that . . . liberals shouldn’t worry about it too much. Sure, it’s a good idea to try to educate noncitizens that it’s OK to respond to the census, but if they don’t it’s probably not that big a deal. Why? Because the Census Bureau is keenly aware of coverage issues and always develops strategies to address them. These strategies aren’t 100 percent successful, of course, but if there’s a known issue—for example, children were undercounted in the 2010 census—they develop ways to fix it. Undocumented workers are always undercounted for obvious reasons, and if the Census boffins think it will get even worse in 2020, they’ll make special efforts to address it. In the end, my guess is that the citizenship question will have only a minor effect on the count. As with voter ID, it will be a too-clever Republican effort to hurt Democrats that ends up not making much of a difference.

But I could be wrong! And “not much” isn’t zero. So keep up the education efforts.