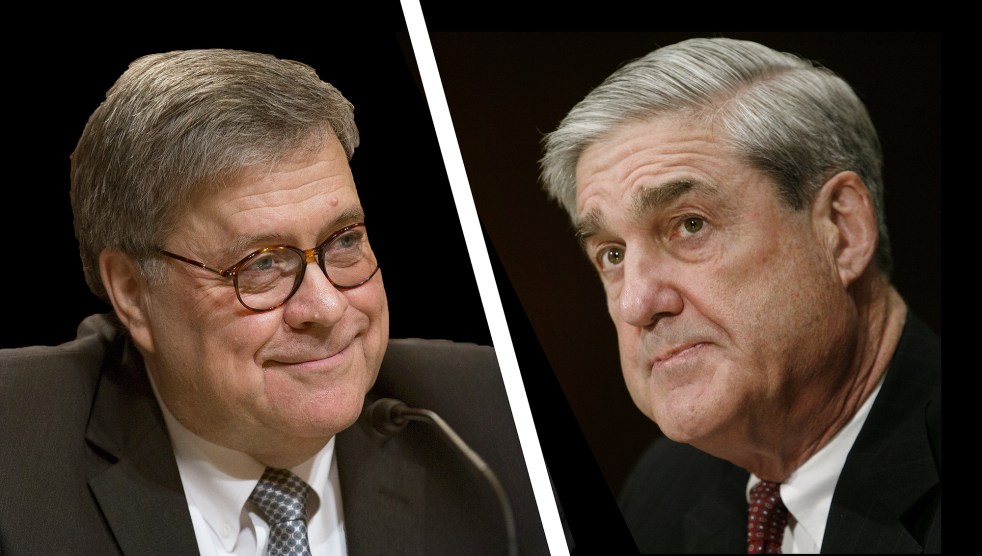 Remember that memo “summarizing” the Mueller report that was released last month by Attorney General William Barr? It turns out that Robert Mueller wasn’t very happy about it:

Robert S. Mueller III, the special counsel, wrote a letter in late March to Attorney General William P. Barr objecting to his early description of the Russia investigation’s conclusions that appeared to clear President Trump on possible obstruction of justice, according to the Justice Department and three people with direct knowledge of the communication between the two men.

The letter adds to the growing evidence of a rift between them and is another sign of the anger among the special counsel’s investigators about Mr. Barr’s characterization of their findings, which allowed Mr. Trump to wrongly claim he had been vindicated.

The Times doesn’t seem to know why Mueller objected to Barr’s memo, just that he was unhappy about it. Maybe one of these days Mueller will testify under oath before Congress and we’ll find out.

UPDATE: The Washington Post has a more detailed story based on a review of the letter Mueller wrote to Barr:

Days after Barr’s announcement, Mueller wrote the previously undisclosed private letter to the Justice Department, laying out his concerns in stark terms that shocked senior Justice Department officials, according to people familiar with the discussions.

“The summary letter the Department sent to Congress and released to the public late in the afternoon of March 24 did not fully capture the context, nature, and substance of this office’s work and conclusions,” Mueller wrote. “There is now public confusion about critical aspects of the results of our investigation. This threatens to undermine a central purpose for which the Department appointed the Special Counsel: to assure full public confidence in the outcome of the investigations.”

….A day after Mueller sent his letter to Barr, the two men spoke by phone for about 15 minutes, according to law enforcement officials. In that call, Mueller said he was concerned that media coverage of the obstruction investigation was misguided and creating public misunderstandings about the office’s work….In some team members’ view, the evidence they had gathered — especially on obstruction — was far more alarming and significant than how Barr had described it.

It sure sounds like Mueller thought Donald Trump committed obstruction of justice, which should have been referred to Congress for impeachment proceedings.