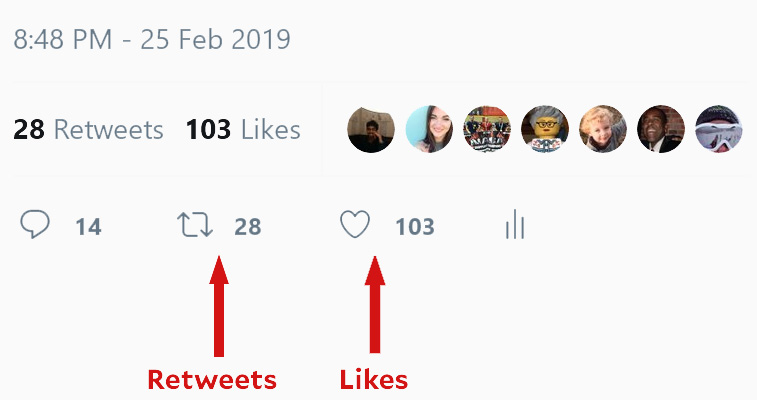 No, this is not a story about Donald Trump. It’s about Twitter.

Long story short, yesterday Twitter released a beta version of their new mobile app. It did some stuff blah blah blah, but it also hid the Like and Retweet buttons. This meant you would have to tap first to bring up those buttons, and only then could you like or retweet a tweet. When I say this is apocalyptic, I’m not being snarky. This is literally what Vox’s Aja Romano called it:

Simply removing likes would be bad. But even just hiding both likes and RTs could be apocalyptic.

Hiding likes and retweets is arguably a much more destructive change, because it diminishes Twitter users’ ability to elevate some voices and opinions over others. Retweets and likes have always been crucial tools that allow the greater Twitter community to drown out trolls and other detritus, while simultaneously helping good conversations, viral moments, and underprivileged and marginalized voices gain attention.

I’m a Twitter user, but not a power user. That concession made, I have to say that I have a different take. Romano says that retweets and likes allow the good guys to “drown out trolls and other detritus.” My experience is the opposite: likes and retweets are what allow the trolls to gain an audience in the first place. I’m pretty sure that not once have I ever seen a viral tsunami of harassment get overwhelmed by a viral tsunami of love and kindness.

So Romano and I live in different universes. Which is fine. Probably both universes exist and I just happen to inhabit U-2 instead of U-1. Then Romano continues:

If those tools are hidden by default, it stands to reason that virality on Twitter would cease to exist. The same is true for the fabled “ratio” — the relatively young but widely beloved Twitter meme that involves shading the hell out of tweets that get far more comments than likes and retweets — essentially a snarkier version of a community’s collective downvote. Without easily visible tallies of likes, comments, and retweets, users wouldn’t have a clear indication of when a tweet or a conversation was causing controversy or becoming extremely unpopular. There would be no simple way to tell, for example, exactly how much people on Twitter dislike Paul Ryan, or when a tweet you posted is bad, actually.

This is going to get ugly fast, for which I apologize, but everyone realizes that the fabled ratio is absurd bullshit, right? It’s completely meaningless aside from being an indication that a community of trolls decided to flood someone’s mentions. As for the “easily visible tallies,” I’m sympathetic. As a nerd, I approve of numbers everywhere and anywhere. On the other hand—and I’m just spitballing here—I wonder if we’d all be better off if we simply responded to stuff that got our attention instead of constantly joining mobs of people who hate something that someone said on Twitter?

As near as I can tell, there are two versions of “going viral” on Twitter. The first is cute animal videos. The second is insane mobs seeking to destroy someone’s life. I like cute animal videos, but I’m really not sure this is a great tradeoff. And let’s be honest here. If something is prevented from going viral simply because you have to go the trouble of tapping first and then joining the mob, maybe it doesn’t really deserve to go viral in the first place?