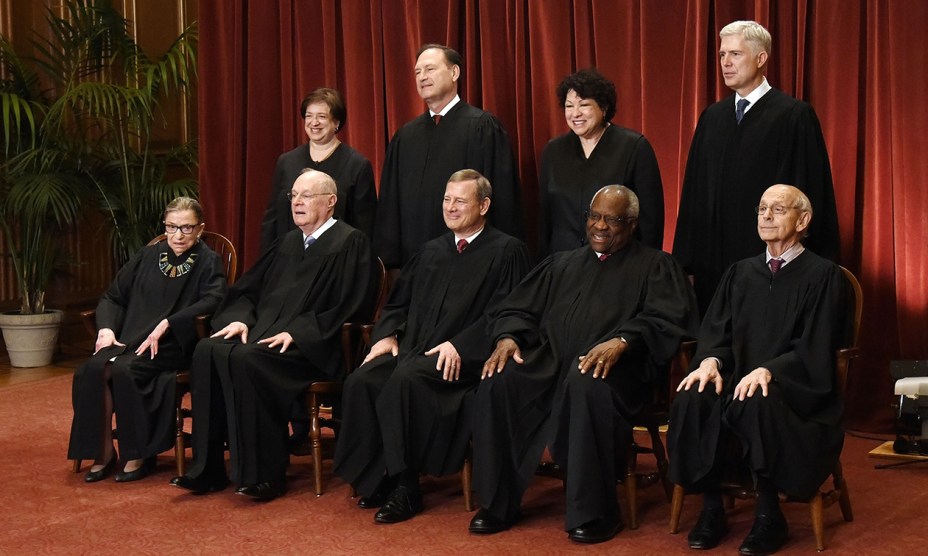 Confirming Brett Kavanaugh was the best outcome at the end of a hellish decision-tree that left the country with no ideal option. Reasonable people may differ on that. But what seems more obvious: It’s all going to get worse. Because everyone is taking the wrong lessons from the Kavanaugh debacle.

Goldberg’s lesson is, roughly, that politics is nasty and now it’s going to get even nastier. But that’s not the right lesson either. The right lesson is that the Supreme Court is just too damn powerful. That’s why everyone goes nuts over it.

Consider. Neither Congress nor the states can pass laws that outlaw abortion. The Supreme Court won’t let them. Likewise, Congress has tried to pass various forms of campaign finance reform for more than 40 years, but every time the Supreme Court steps in to hobble it. Gay marriage is the law of the land because the Supreme Court says so. Congress tried to renew the Voting Rights Act, but the Supreme Court killed it—almost literally for no reason except that they were tired of it. Cities can no longer regulate handguns because after 200 years of silence, the Supreme Court suddenly decided it didn’t want cities to regulate handguns. They’ve wiped out affirmative action; prohibited states from banning interracial marriage; restricted police interrogation by insisting on the presence of counsel; banned prayer in public schools; elected a president in 2000; ruled that schools don’t need to be equally funded; and are almost certainly about to embark on a long line of rulings favoring corporations and restricting the regulatory power of the EPA and other agencies.

Some of these are decisions you probably like. Some you don’t. More to the point, though, is that I could go on and on with examples like these. Now considering all that, which would you say is more powerful: one Supreme Court justice out of nine or one senator out of 100? The question answers itself.

When did the Supreme Court become the most powerful branch of government? During the New Deal, maybe. Certainly the Warren Court cemented its power. And the past couple of decades have made its ultimate power beyond any real question. Does anyone doubt, for example, that the court could, if it felt like it, declare adequate medical care a constitutional right of all US residents and force the federal government to make Medicare (or some similar substitute) available to all? Maybe that sounds crazy to you since the current makeup of the court is more likely to do just the opposite, but if gay marriage can become a right overnight, why not health care?

I’m not sure what the answer is here, but it has nothing to do with lifetime tenure of Supreme Court justices. It does have something to do with Congress’s habit of passing vague laws that are wide open for multiple interpretations. Mostly, though, it has to do with the Supreme Court simply deciding that it has a whole lot of authority, and the Constitution providing no real recourse for the other branches of government to do anything about it. As a result, confirming Supreme Court justices is by far the most important thing Congress does, and that’s especially true in a highly polarized era like ours where passing even routine legislation is all but impossible. Until that changes, Supreme Court openings that change the balance of the court are going to remain the nastiest fights in all of American politics.