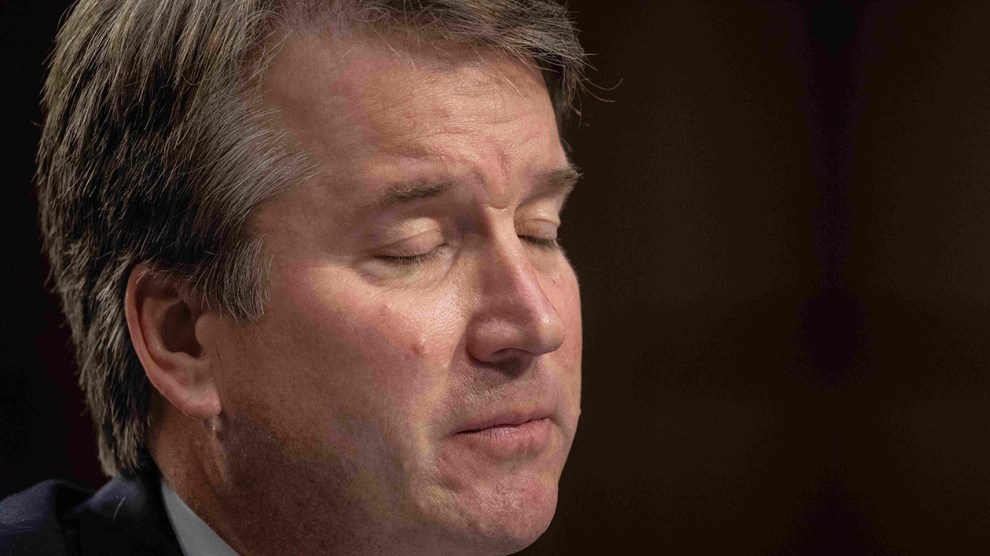 The Kavanaugh affair has produced millions of words of comment and gone down so many different rabbit holes that it’s hard to keep track of where it is from moment to moment. At this point, it’s a purely partisan fight with almost no one left who really cares about the truth of what happened.

And the hell of it is that I think pretty much everyone—Democrat and Republican alike—does know the truth of what happened. It’s simple: Christine Blasey Ford has no reason to make anything up, and her allegations are basically true. It’s also true that they happened 35 years ago, when Brett Kavanaugh was 17 years old. In a normal universe, Kavanaugh would have acknowledged what happened, apologized sincerely, and attributed it to “sort of a wild youth.”

And that would have been the end of it. Lefties probably would have tried to keep the outrage going, but I don’t think public opinion would have followed. The vast majority of the country would have figured that, in the end, nothing serious happened and we shouldn’t blacklist people for stupid teenage activity that happened long in the past.

So why didn’t it happen that way? I can think of a few reasons, but the main one is that we now live in the era of Trump—and in Trumpland you don’t explain past problems. You simply deny them. That’s what Roy Moore did, despite the masses of evidence against him. That’s what Trump himself does, even if there’s literally video evidence showing he’s wrong. And so that’s what Kavanaugh did. He just denied anything happened, full stop.

Did he do that because it’s his natural instinct? Or because that’s the advice he got from the Trump team? Maybe Bob Woodward will tell us someday, but until then we don’t know. All we know is that this is the path he chose.

But even after all that’s happened, I wonder if he could help his cause by coming clean? Get up in front of the press and declare that things have gone off the rails and he wants to clear up the record. Admit that he just panicked a bit when he denied Ford’s allegations, and fess up that it happened. Apologize sincerely, deny all the other stuff, and throw himself on the mercy of the court.

Would it work?¹ It might. Either way, it would certainly be refreshing.

¹And by “work,” all I mean is that it gets him 51 Republican votes in the Senate. The question for Kavanaugh is which strategy is most likely to get those 51 votes, and I’d say it’s genuinely not clear right now.