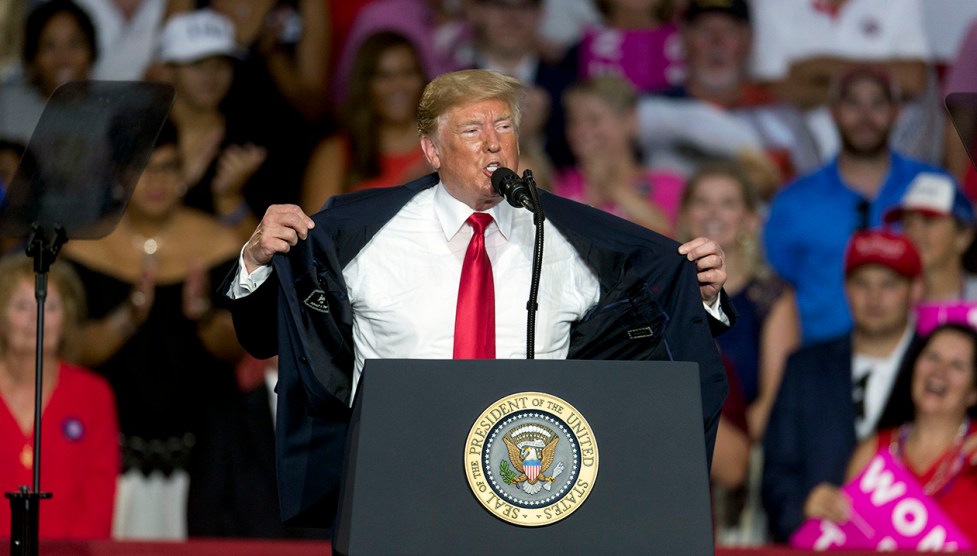 Lots of moderate Republicans are fully convinced that the November election is an important one. The problem is that they increasingly think Trump is a crackpot and they care more about Democratic priorities than Republicans ones.Brian Cahn/ZUMA

A private survey conducted for the Republican National Committee and obtained by Bloomberg Businessweek contains alarming news for Republicans hoping to hold on to control of Congress in November: Most Trump supporters don’t believe there’s a threat that Democrats will win back the House. President Trump’s boasts that a “red wave” could increase Republican majorities appear to have lulled GOP voters into complacency, raising the question of whether they’ll turn up at the polls.

….The internal RNC study finds that complacency among GOP voters is tied directly to their trust in the president—and their distrust of traditional polling. “While a significant part of that lack of intensity is undoubtedly due to these voters’ sentiments toward the President, it may also be partly because they don’t believe there is anything at stake in this election,” the authors write. “Put simply, they don’t believe that Democrats will win the House. (Why should they believe the same prognosticators who told them that Hillary was going to be elected President?)”

So there’s good news and bad news here for the Republican Party. The good news is that Donald Trump has been strikingly successful at persuading Republican voters that the mainstream media is just a bunch of anti-Trump fake news and should be ignored. The bad news is that…Republican voters don’t believe anything in the mainstream media anymore, even when it’s true. So they figure Republicans are way ahead in the polling and there’s not much point in bothering to vote this year.

But what about the moderates, the folks who aren’t Trump true believers? Well, it turns out that they pose an entirely different problem:

The study says GOP fortunes will hinge on the party’s ability to activate “soft” supporters: “Those voters who ‘somewhat approve’ of Trump and those who support the President’s policies but not his leadership style are the ones posing a challenge to the party.” Motivating these voters could be tricky. One hurdle is Trump’s chaotic style, which shows no sign of changing. Another is that the issues soft Republicans care about most are ones involving government spending and are typically associated with Democrats. The survey found that increasing funding for veterans’ mental health services, strengthening and preserving Medicare and Social Security, and reforming the student loan system all scored higher than Trump’s favored subjects of tax cuts, border security, and preserving the Immigration and Customs Enforcement agency.

Long story short: Trump’s core constituency loves him, but can’t conceive that he could possibly lose. So why bother voting? Conversely, his more moderate supporters totally believe he could lose, but increasingly think that’s just fine. They like the Democratic platform better anyway.