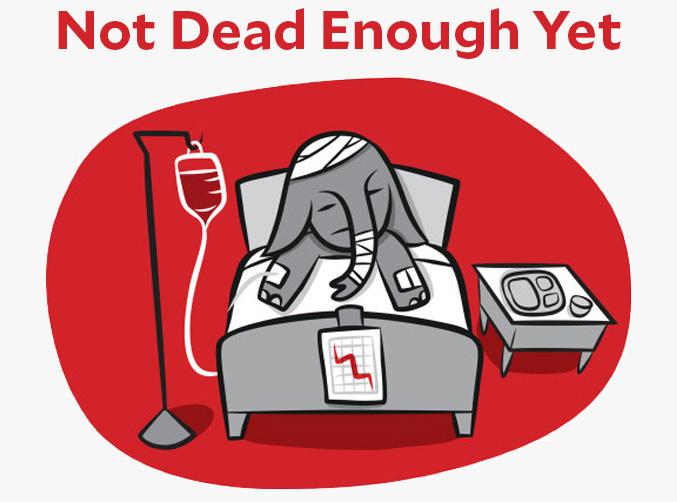 By chance I’ve gotten a couple of similar questions lately. Don’t I agree, asked a friend, that Democrats should give Brett Kavenaugh an honest chance at confirmation to the Supreme Court? We liberals believe in fair play, after all. This was followed by another friend suggesting that liberals shouldn’t actively defend Sarah Jeong’s mocking anti-white trollery on Twitter from a few year ago. That was some pretty illiberal stuff, she said.

Well, let’s talk about this. For many decades the Republican Party built its brand by appealing to white Southerners who had left the Democratic Party after the Civil Rights Era. However, the GOP’s appeal to whites inevitably became more muted as times changed and overt racism became less and less acceptable. Finally, when Mitt Romney lost in 2012, the party wrote a post-mortem that admitted they’d taken things as far as they could. The white vote was tapped out, and if they wanted to get to 51 percent in the future they needed to dial back on the racial appeals and instead learn how to attract Asians and Hispanics who were natural constituencies for a fiscally conservative, church-friendly party.

I cheered. But only for a few days. A year earlier the party had fired its first black chairman, and in 2012 they tossed their post-mortem into the dustbin almost as soon as the ink was dry. Then it nominated Donald Trump for president on a platform so viciously racist and bigoted it was like watching an old Ken Burns documentary. The entire party quickly fell in line behind Trump, whose entire campaign was based on his disdain for (wink wink) “political correctness.” Two years later the GOP—including most of the original never-Trumpers—is even more solidly behind him: Mexicans are rapists; there are good people on both sides of Charlottesville; Obama was born in Kenya; Democrats love MS13; we need to prevent Muslims from entering the country; parents and children should be separated at the border; Southern secession was just like 1776; all’s fair in efforts to prevent blacks from voting; and white nationalists are to be coddled, not ridden out of town on a rail.

So this is where we are. The Republican Party can’t win using ordinary methods. On the process side, they can win only by inflating the white vote via gerrymandering, cracked-and-packed districts, and ruthless black voter suppression. On the policy side, they can win only with heavy dollops of strident and outright bigotry against Mexicans, Muslims, blacks, Hispanics, Chinese, and anyone else who comes along. Even Canadians will do in a pinch.

Today, the Republican Party exists for one and only one purpose: to pass tax cuts for the rich and regulatory rollbacks for corporations. They accomplish this using one and only method: unapologetically racist and bigoted appeals to win the votes of the heartland riff-raff they otherwise treat as mere money machines for their endless mail-order cons.

Like it or not, this is the modern Republican Party. It no longer serves any legitimate purpose. It needs to be crushed and the earth salted behind it, while a new conservative party rises to take its place. This new party should be conservative; brash; ruthless when it needs to be; as simpleminded as any major party usually is; and absolutely dedicated to making Democrats look like idiots. There should be no holds barred except for one: no appeals to racism. None. Not loud ones, not subtle ones. Whatever else it is, it should be a conservative party genuinely open to any person of any color.

When that happens, I will change my mind about how we should fight the Republican Party. Until then, no, I don’t think Brett Kavanaugh deserves any help from Democrats and I don’t think liberals should waste any time tut-tutting over Twitter mockery from 2013 that all of us know perfectly well doesn’t represent any genuine anti-white sentiment.

That’s it. Whatever works best, I’m in.