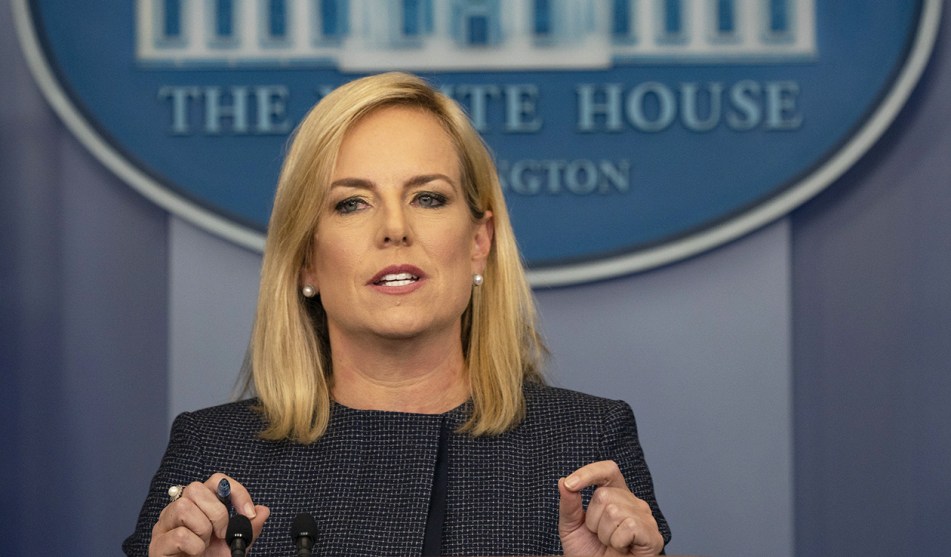 While I was catching up on some stuff I missed during my weekend dex haze, Steve Benen alerted me to the fact that a federal judge, once again, told the Department of Homeland Security that it couldn’t rescind DACA, the mini-DREAM act that President Obama put in place in 2012. At first glance, that sounds uninteresting: DHS tried to rescind DACA, they got sued, a judge ruled against them but gave them a second chance, and then ruled against them again. Tough luck.

But that’s not the whole story. You see, in its second hearing DHS decided to simply stand by its original decision with only a few desultory additions. The judge noted that this put them in a pickle:

By choosing to stand by its September 2017 rescission decision, DHS has placed itself in a dilemma. On the one hand, it cannot rely on the reasons it previously gave for DACA’s rescission, because the Court has already rejected them. On the other, because “an agency’s action must be upheld, if at all, on the basis articulated by the agency itself” … DHS also cannot rely on new reasons that it now articulates for the first time.

Huh. It can’t rely on its old reasons and it can’t invent new ones either. It turns out, however, that there is one option still open: it can do a better job of explaining its old reasons. But not only did they fail to do this, they apparently dredged up even worse explanations than before. Check this out:

The memo’s second “policy” justification asserts that “DHS should only exercise its prosecutorial discretion not to enforce the immigration laws on a truly individualized, case-by-case basis.”…In essence, the Secretary claims that even though DACA “on its face . . . allow[s] for individual considerations,” it should nonetheless be rescinded because its programmatic nature somehow misleads those charged with its implementation into applying it categorically.

As an initial matter, this rationale strikes the Court as specious. It would be one thing for a challenger other than DHS to claim that although DACA calls for case-by-case discretion in theory, its application is categorical in practice. Indeed, this argument was made by the plaintiffs in the Texas litigation. But when made by the agency itself, the argument becomes a non sequitur: if Secretary Nielsen believes that DACA is not being implemented as written, she can simply direct her employees to implement it properly. An agency head cannot point to her own employees’ misapplication of a program as a reason for its invalidity.

That’s a hell of an argument, isn’t it? My own people might misapply DACA and there’s nothing I can do about it! Unsurprisingly the judge was not impressed by this. There were several other passages as bad as this one, but it turns out the biggest problem is that back in 2014 Obama’s OLC wrote a detailed brief explaining why DACA was legal. Apparently DHS didn’t even bother addressing it. They just submitted a short letter from Attorney General Jeff Sessions asserting that DACA was illegal and that was that:

The Nielsen Memo provides almost no meaningful elaboration on the Duke Memo’s assertion that DACA is unlawful. The Nielsen Memo again ignores the 2014 OLC Memo laying out a comprehensive framework for evaluating the lawfulness of nonenforcement policies in the immigration context—an omission that plaintiffs properly characterize as “mystifying”….Thus, like the Duke Memo before it, the Nielsen Memo offers nothing even remotely approaching a considered legal assessment that this Court could subject to judicial review.

Here’s my question: The DHS brief was pretty obviously deficient even by the standards of a first-year law student. Was DHS even trying to defend themselves? Or had they given up and were just going through the motions? Alternatively, maybe they don’t care because they plan to appeal to the Supreme Court and figure that the court’s five conservatives will rule in their favor no matter what? This whole thing is damn strange.

POSTSCRIPT: Without diving into the details, this case is a good example of how hard it is to repeal an executive order, especially one that was crafted carefully and has been in place for several years. It’s not just a “stroke of a pen.” If DHS submitted a persuasive argument for the legality of DACA back in 2014, it can’t just turn around and ignore it in 2018. It has to explain equally carefully why the previous argument was wrong. What’s more, after hundreds of thousands of people have been relying on an executive order for many years, you can’t just yank it out from under them for no good reason. You need to present a strong policy rationale. Like it or not, that’s how the law works.

Being careful doesn’t guarantee success. However, it certainly makes success more likely, and the Obama administration was careful. The Trump administration, by contrast, is a clown show that’s repeatedly demonstrated that it doesn’t understand administrative law at all. Trump apparently thinks he can just issue orders, and that’s that. They are slowly learning otherwise.