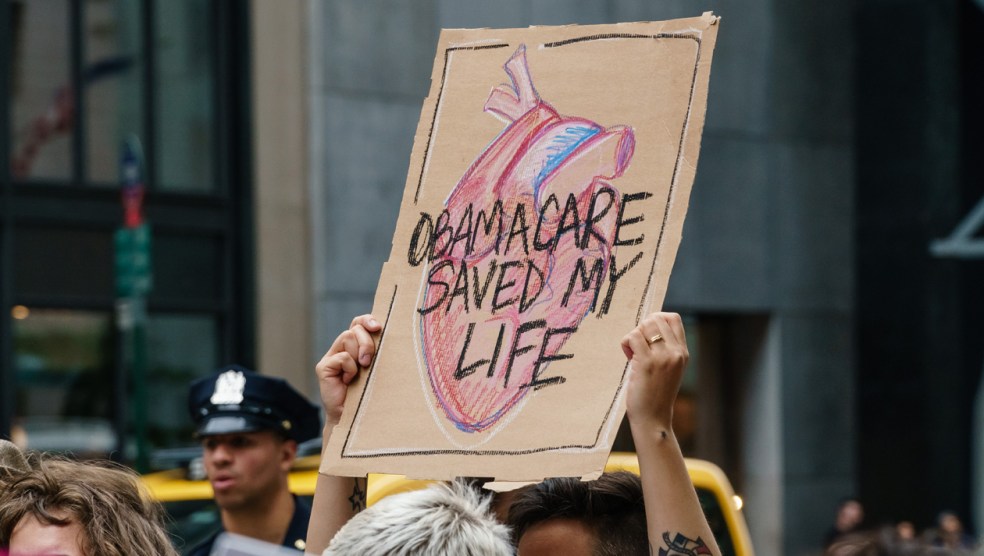 Here is Part 2 of Jon Walker’s critique of the technical design of Obamacare.

This a pure nuts-and-bolts policy criticism of the design elements of the Affordable Care Act that judges the ACA only on its own terms. Even starting with the assumption that a marketplace of private insurers was the only politically viable option for expanding coverage, there is the problem that the ACA model was executed very poorly. Here are a few of the worst problems.

The ACA has a massive subsidy cliff, particularly for older people, which means if an individual earns a dollar over the subsidy threshold, they end up losing thousands. This cliff problem will only get worse as premiums continue to rise. Even without increasing overall spending it would have been possible to smooth out the subsidies to at least remove this massive negative marginal tax rate problem.

7. The creation and promotion of silver plans, when no one should buy middle level insurance

The ACA exchanges offer Bronze through Platinum plans, which makes Silver a middle-level option in terms of cost-sharing. The problem here is that most people have a pretty good idea of whether they’re likely to be high-cost or low-cost patients in a given year. Rationally, high-cost patients should choose Platinum plans and low-cost patients should choose Bronze plans, but the ACA subsidies are designed to force insurers to offer Silver plans—and they all but force many people to buy Silver plans. Most people should only be choosing the highest or lowest cost sharing option depending on their expected health, never the middle option.

Note that this problem gets worse the higher premiums go because the gap between Silver and Bronze also goes up. People who already pay the most are the ones who are hit hardest by the bias of the ACA toward pushing everyone toward Silver plans.

8. A needlessly complex mess of plans

In addition to the four metal tiers, the ACA requires plans to offer Cost Sharing Reductions to some lower income people but only if they buy Silver plans. These CSRs turn Silver plans into effective 94% AV, 87% AV, or 73% AV plans. That is seven different insurance tiers for every insurer, with numerous plans within each tier. It is a confusing administrative mess that also makes it difficult to explain to people why buying a Silver plan is way better than a Gold plan. These multiple subsidies could have been simplified, and these extra saving Silver plans could have just been merged with a “platinum” tier.

The idea of the ACA was to bring down costs by getting individuals to be better, more conscientious consumers of their health care. This idea can’t even work in theory unless an individual has good data. However, the ACA has done a very poor job of providing people with the critical network data they need. Combined with the needlessly large variety of insurance plan designs, it is unreasonable to expect people to make the best choice.

One part of the ACA allowed employers to charge employees significantly more if they don’t take part in “wellness programs.” These programs offer dubious value when it comes to improving health but have serious privacy and social justice issues. This effort, meant to help encourage sick people get healthy, has likely turned into a way for companies to discriminate against and financially punish those most in need.