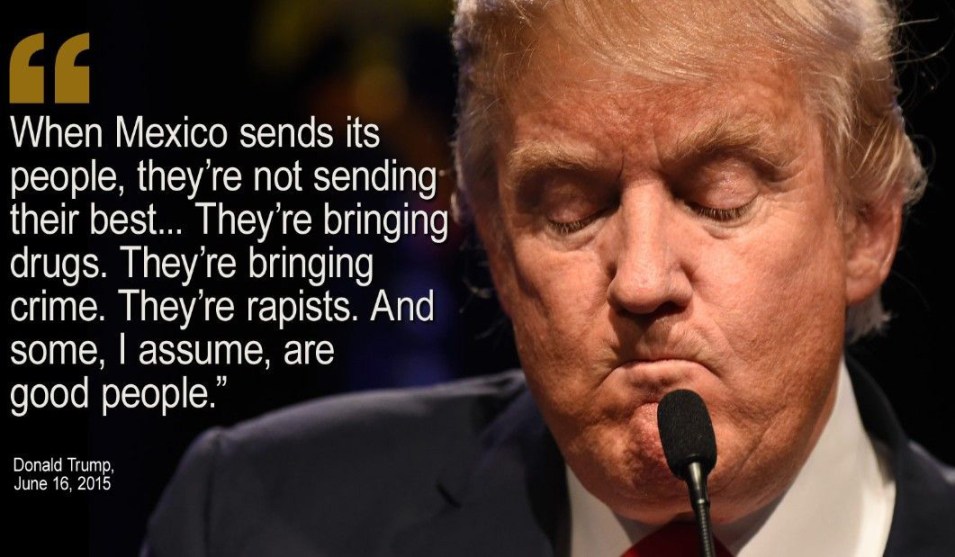 How can Republicans attract more young people to their party? Ramesh Ponnuru takes a crack at explaining:

We can dwell on differing views of marijuana, same-sex marriage, and President Trump, or question whether conservative attitudes toward Millennials have been self-defeating. Those are all things worth thinking about. But by far the biggest reason for the generation gap is that young people are a lot less likely to be white than their elders.

….I’m more than open to changing the Republican position on marijuana, and I agree that there’s a these-lazy-kids strain to conservative rhetoric that’s predictably unhelpful in appealing to young voters. But they can change their approach on these subjects as much as they want — if Republicans don’t do better among nonwhites, they’re going to continue to wonder why they’re not doing better among young people.

What does Ponnuru have in mind here? It’s taboo in conservative circles to go much further than this on the subject of racism, so we’ll never know. However, the truth-telling heroes of the Intellectual Dark Web have the guts to talk about race no matter how much the intelligentsia tries to silence them, so perhaps they’ll explain. I’ll wait.

While we wait, here’s another thing to mull over. Apparently something happened today to create a little bubble on my Twitter feed about the IDW and race. I’m too lazy to figure out what it was, but it eventually produced these tweets from Josh Marshall:

People sometimes throw around charges of racism or antisemtism or prejudice too loosely. That can be annoying on the receiving end – sometimes because it reveals our uncomfortable blindspots, other times because it’s genuinely …

2/ misdirected or even malicious. But these arguments really all come to ‘talking about racism makes white people get racist.’ And that’s not a valid argument either factually or morally.

That makes things a little clearer. Someone suggested that liberals call out racism too often, which just alienates conservative white people and makes them even more sympathetic to racist arguments. Is this argument true?

Because I’m a brave truth-teller just like the IDW, I won’t evade my duty to keep things real with a searing, straight-talking answer. Here it is: Sure, sometimes. I’d guess that most white Republicans with racist views are just white Republicans with racist views, and this has nothing to do with anything liberals say. Still, there are certainly some Republicans who are no more racist than the rest of us but who get tired of their entire party being written off as a cesspool of racism. We liberals do tend to do that more than we probably should. Even if there’s a considerable amount of truth to it—as Ponnuru delicately acknowledges—that doesn’t make it any easier to put up with. And yes, in some of these cases it probably hardens attitudes and keeps fence-sitters from coming over to our side.

Of course, it also does lots of other very good things, most of which outweigh the losses from the small number of folks who are both (a) delicate enough to take offense at being lumped in with racists but (b) concerned enough about racism to ever be likely to vote for a liberal. Here’s what I think a Venn diagram would look like:

This doesn’t seem like a very large group to me, but I’m just guessing. Maybe some sociologist or political scientist with a bit of free time would like to investigate it. In the meantime, I’ll note that back in 2016, when National Review published its famous “Against Trump” issue, I read through the entire set of articles to look for folks on the right who were against Trump at least in part due to his rather obvious and deliberate appeal to racial animus. There weren’t many: David Boaz was the lone dissenter, along with two others who mentioned it in passing. That was it. That particular strain of Trump’s worldview, which was clearly one of his most toxic, simply didn’t seem to bother anyone, even on the “respectable” right. Or, if it did, they weren’t willing to risk saying so.

So, sure, sometimes we liberals toss around the R-word with a little too much abandon. But that’s like driving with a broken taillight compared to the serial felonies embodied by the relentless and longstanding conservative insistence that racism is barely even a noticeable problem anymore—not to mention the conservative movement’s all-but-open tolerance for racist political appeals and its endless willingness to exploit racist vote suppression as long as it can be even thinly justified as something else. (Hello, North Carolina.) Maybe if conservatives acknowledged that racism is still a serious problem and acted like they cared, lefties would feel more comfortable toning down their attacks a smidge.

That won’t happen, but it’s not for lack of people telling them. Even nonwhite conservatives tell them. There’s Sen. Tim Scott:

Last year around this time (and the year before that), I was arguing with some of my fellow conservatives about the insanity of finding any common cause whatsoever with the so-called alt-right. The issue wasn’t that every avowed nationalist who claimed membership in the alt-right was a Nazi or Klansman. It was that the alt-right was open to Nazis and Klansmen….The real threat to traditional conservatism is the mind-set that made it possible to form even a theoretical alliance with the alt-right in the first place.

All my life, I had heard about racists, anti-Semites, and other such types on the right. Maybe I was sheltered, but I almost never encountered any of them. I thought they were essentially bogeymen, conjured by the lyin’ Left. The people I met were good Reagan conservatives — the salt of the earth. Then came 2016, in partnership with the social media. The rock was overturned. In a way, I wish the rock had stayed put.

There’s more to say, but there just aren’t very many conservatives with the courage to say it. Nor is there much point until Republican leaders are willing to hear it.