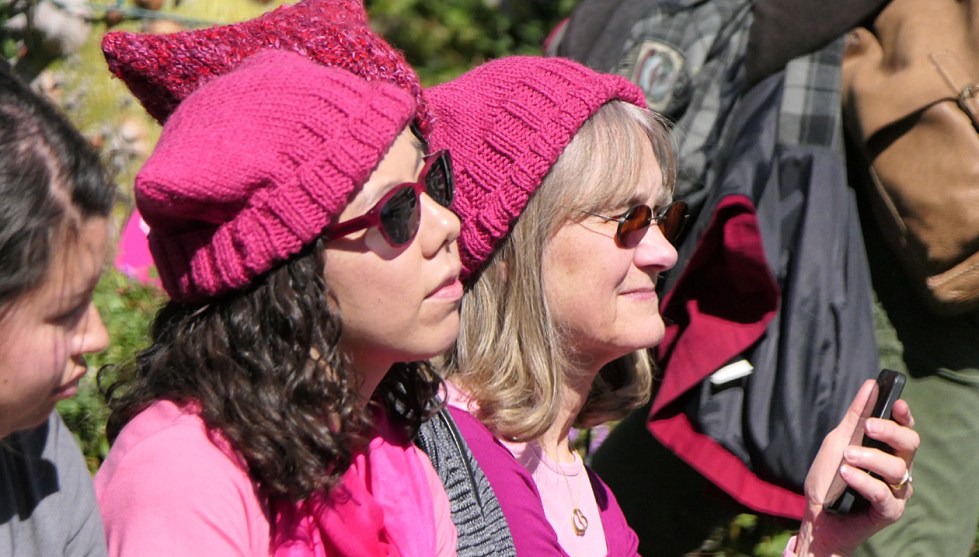 Lara Putnam and Theda Skocpol have a good piece in the latest issue of Democracy about the rise of a new class of liberal activists who haven’t gotten much attention from the national press:

The protagonists of the trends we report on are mainly college-educated suburban white women. We tell their stories not because college-educated white women are the most Democratic slice of the electorate (they aren’t) or because they are the most progressive voices within the Democratic Party (they aren’t) or because they have a special claim to lead the left moving forward (they don’t: nor do they pretend to). Rather, what we report here is that it is among these college-educated, middle-aged women in the suburbs that political practices have most changed under Trump. If your question is how the panorama of political possibility has shifted since November 2016, your story needs to begin here.

The whole piece is a good read, but I want to highlight one specific thing. First, here’s a quote from their Democracy piece:

Nancy Reynolds looks like no one’s idea of a revolutionary, least of all her own….A retired children’s librarian, Nancy has long been a powerhouse within her local community, which is nestled in Pittsburgh’s northern suburbs. Prior to 2016, local and state politics were not on her radar screen. Now they dominate her to-do list every day.

Similar stories to Nancy’s are unfolding in suburbs and towns all across her home state and the country….Before “this election,” explained one Ohio woman, “I have never been involved in any type of politics, activism…. I couldn’t have told you the names of my state reps.” Following the jolt of Trump’s victory, “I had to do something…get involved somehow.”

So: a middle-aged woman who wasn’t politically engaged until she got scared by Donald Trump winning the presidency. Now here’s a quote from David Barstow’s seminal piece on the Tea Party in 2010, shortly after it began forming:

Pam Stout has not always lived in fear of her government….But all that was before the Great Recession and the bank bailouts, before Barack Obama took the White House by promising sweeping change on multiple fronts, before her son lost his job and his house.

….She was happily retired, and had never been active politically. But last April, she went to her first Tea Party rally, then to a meeting of the Sandpoint Tea Party Patriots. She did not know a soul, yet when they began electing board members, she stood up, swallowed hard, and nominated herself for president. “I was like, ‘Did I really just do that?’ ” she recalled. Then she went even further. Worried about hyperinflation, social unrest or even martial law, she and her Tea Party members joined a coalition.

Finally, let’s go back even further in time to the early 60s. Here’s an excerpt from Lisa McGirr’s book, Suburban Warriors, about the rise of movement conservatism in my own stomping grounds of Orange County:

When Bee Gaithright, a Brownie leader and mother of three young girls, held a meeting at a local public school in the early 1960s…it was her first step on a road of grassroots activism….“This is when I discovered that I was a conservative.” Over the following months, Gaithright pored through the local newspapers and read books, “because I began to hear that [the communists] were going to bury us … I was afraid.”

….When Gaithright became active in conservative circles in the early 1960s, she joined thousands of women and men who embraced the movement….Estrid Kielsmeier, for example, who pounded the pavement for Goldwater in 1964, grew up in a middle-class home in nearby Long Beach….“Her baby played in a playpen next to her desk while Kielsmeier participated in what she later called her first real involvement in politics. ‘Up to that time … it was education and just kind of … networking, really.’ ”

Suburban, middle-class women have been quietly at the center of most big political uprisings of the past half century. It’s the men who most often are out front getting the credit, but it often starts with women organizing with other women, performing the hard, unglamorous work of pounding the pavement, making calls, holding meetings, and just generally doing what Putnam and Skocpol call “relational organizing.”

This is why I disagree with them when they say, “This is not a leftist Tea Party, because newly engaged suburban activists hail from across the broad ideological range from center to left.” Rather, it is a Tea Party—and a John Birch Society—but a tea party of the pragmatic center left. It’s the same phenomenon, but of a moderate variety. And why not? When the country becomes so polarized between extremes that it seems to have gone crazy, perhaps it’s the moderates who are the real radicals.