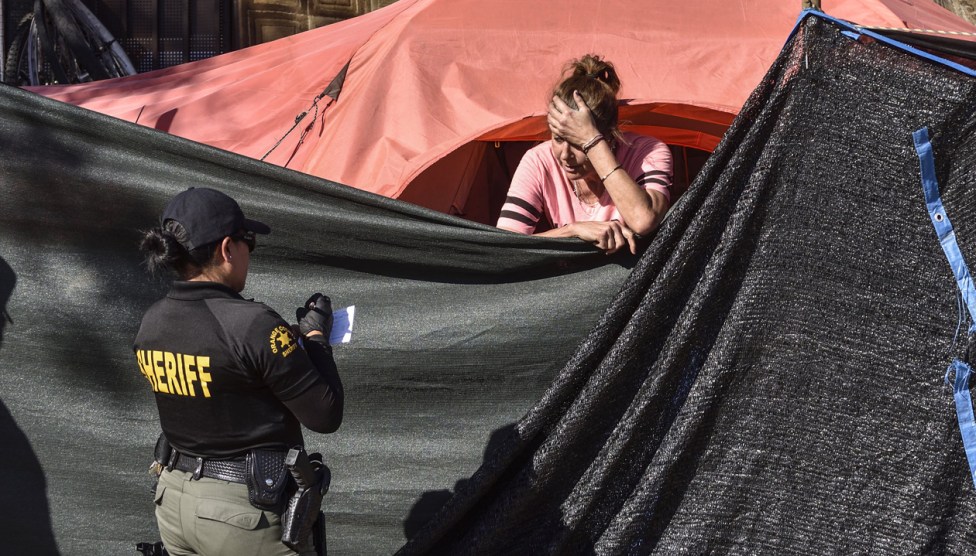 Here in Orange County, we’ve been busily removing makeshift homeless camps from the concrete banks of the Santa Ana River. Under the prodding of a federal judge, the plan was to move the residents into temporary tent cities in Irvine, Huntington Beach, and Laguna Niguel. Unsurprisingly, that’s not going to happen. The good citizens of these cities made it vocally clear that they wanted nothing to do with homeless encampments, and the county Board of Supervisors has now backed down.

Why are these related? First, because the opposition in both cases is pretending to be high-minded. In the homeless case, Orange County protesters say the homeless deserve better than tents. The real reason for their opposition, of course, is that no one wants a homeless shelter in their backyard. In the SB 827 case, says one councilman, the problem is that “Los Angeles has a long and painful history of displacement in the name of progress, and of well-intended bills that uproot communities and destroy neighborhoods.” The real reason is that no one wants lots of poor people and lots of traffic in their backyard.

The second similarity is that in both cases someone is trying to force a solution on local residents. This happens all the time, and it’s just never going to work. You might win a few victories here and there, but never anything more. Local residents have objections both good and bad to these things, and they will fight forever to stop them. In a democracy, there’s simply a limit to how much you can force people to accept things they don’t want.

I’m not really sure what the answer is. In the case of Orange County’s homeless, it’s probably to quietly face reality and make sure that homeless shelters aren’t put in affluent residential communities. That’s hard to swallow, but you’ll be in court forever otherwise. Conversely, if you put them somewhere less threatening to middle-class homeowners, those homeowners will actively support you. This is both appalling and unfair, but is it worse than never finding an answer for the homeless that can actually move forward?

In the case of housing, the biggest complaint is usually traffic, and all the liberal happy talk in the world isn’t going to convince people that these apartment buildings won’t really have a big impact on their commute. If you want their support, you have to genuinely do something about the traffic problem. You also have to convince them that the new buildings will be neither so affordable that they attract lots of poor people nor so high-end that they push out all the current residents. This is, again, sort of appalling and unfair, but it’s also reality. There’s a limit to what you’ll ever be able to accomplish in the face of entrenched local opposition. To make real progress, you have to offer locals actual solutions to their problems.

This is why local politics sucks. Do you give in to selfishness and ill-will in order to accomplish some good things? Or do you stay pure and bang your head repeatedly against a wall, never accomplishing much of anything? It’s not an easy decision, is it?