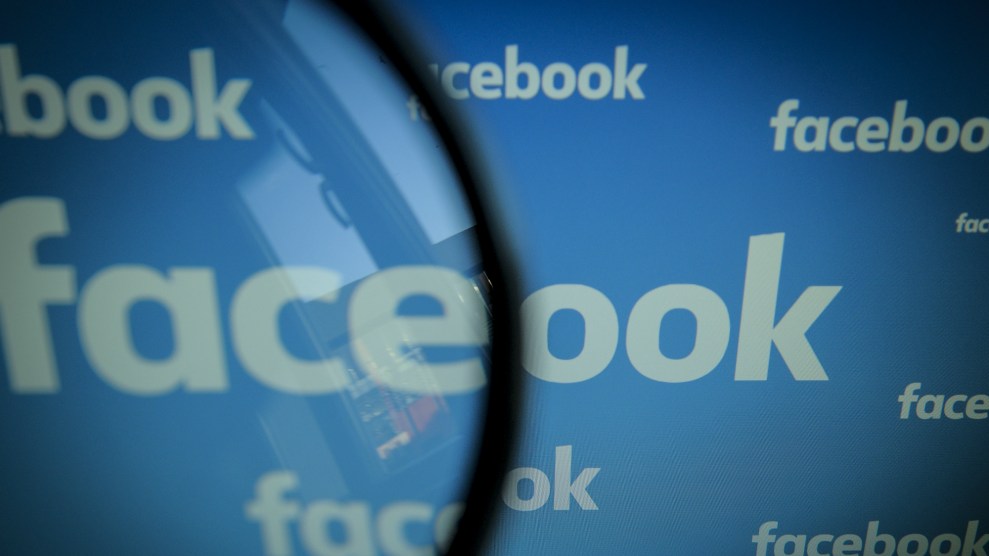 I have some thoughts on the Facebook/Cambridge Analytica affair. Actually, it’s just one thought, I suppose. And hardly a new one.

Anyway. Mark Zuckerberg has learned not to admit this publicly anymore, but back in the day he was pretty open about the fact that he personally believed the world would be a better place if we all got over our privacy bugaboos. Facebook was his way of helping that along: every default in the software was set for maximum exposure, and he figured that everyone would soon get used to this and we’d all be comfortable with everyone knowing everything about ourselves.

In pursuit of this vision, Zuckerberg has relentlessly followed the same strategy for years: reduce privacy within Facebook in every way possible until somebody gets mad. Then he apologizes, says he “didn’t realize” how sensitive Facebook’s customers were about this, and eliminates the one specific thing people are complaining about—but nothing else. Needless to say, this kind of massive data collection is great for Facebook’s business model. However, I think it’s more important to remember that Zuckerberg really does seem to have a sincere personal belief that he’s creating a better world by making everything about everyone as public as possible.

So what we have is a controlling CEO with a monomaniacal personal vision that lines up perfectly with his company’s business vision. This is not all that common. Usually CEOs have diffuse power to begin with, and their personal beliefs are often in conflict with what’s good for the business. Facebook isn’t like that. Zuckerberg has absolute control, and his vision matches perfectly with what’s best for shareholders.

In other words, what happened with Cambridge Analytica wasn’t just some glitch. It’s Facebook’s business model. What I mean by this is not that Facebook wanted Aleksandr Kogan to turn over massive amounts of personal data to CA. They might genuinely be annoyed by that.¹ What I mean is that the general idea of collecting and disseminating massive amounts of personal data is what Facebook is all about. It’s what Mark Zuckerberg is all about, and given his vision of the world it’s inevitable that things like the CA affair will happen periodically. He really doesn’t care much about it except as a PR problem—which is why he’s spent the past two years trying to get better at PR.

In a sense, though, I don’t blame either Facebook or Zuckerberg for any of this. As a country, we’ve made it crystal clear that we don’t care about personal privacy. We mock European privacy directives. We ignore the dozens of companies that do exactly the same thing as Facebook but have lower profiles. We allow credit reporting companies to collect anything they want with no oversight at all when they screw up and wreck someone’s life. On a personal level, we’re routinely willing to turn over every detail of our lives in return for a $1 iTunes coupon.

If we don’t like the idea of Facebook making our personal lives an open book to anyone, we can do something about it. The way to do that is to elect “politicians” who will write “laws” that regulate it. But Republicans don’t like regulations in general, and Democrats are queasy about regulating Silicon Valley since they get lots of money from there. As it happens, this is not one of my personal hot buttons,² but I wouldn’t be surprised if Democrats could make some real inroads among older voters if they took a strong stand on this.

¹For one thing, CA didn’t pay Facebook for it. That’s really annoying.

²Except for supermarket loyalty cards, of course. You all know how I feel about those.