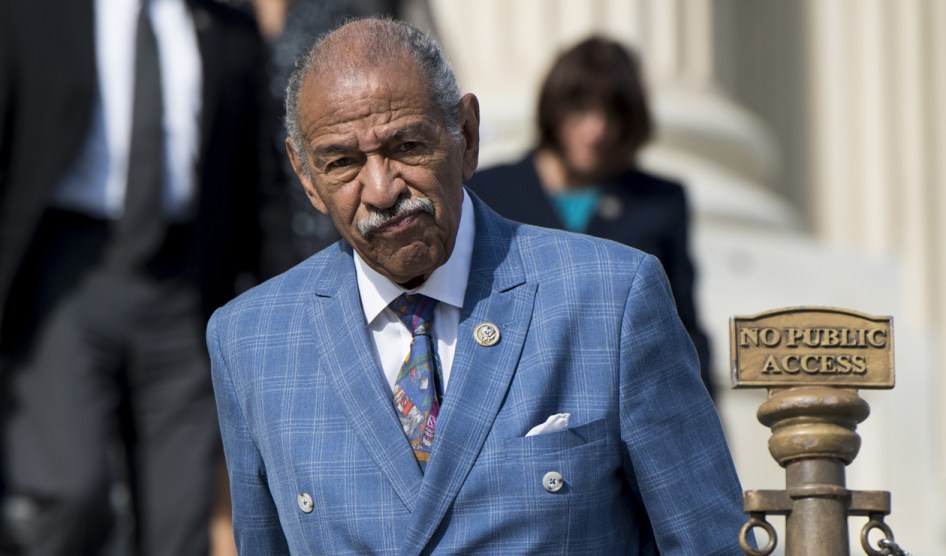 John Conyers is the latest politician to be accused of sexual harassment:

Good for Pelosi. If there’s a credible accusation against a Democrat, it should be investigated. Ditto for Republicans.

But there’s the rub. The charges against Conyers were leaked to Mike Cernovich, a nutcase white nationalist who was a big supporter of the insane Pizzagate conspiracy last year. The partisan motivations here are pretty obvious.

Likewise, after Leeann Tweeden accused Al Franken of improper behavior, a conservative radio host jumped on the bandwagon with a series of absurd allegations. Again, this was obviously a partisan hit.

Meanwhile, Roy Moore and Donald Trump have simply denied all the allegations against them—loudly and threateningly. Earlier today, Trump basically endorsed Moore on this basis. “He totally denies it,” Trump explained.

There’s a partisan issue here, but there’s also, for lack of a better phrase, an asshole issue as well. If you’re fundamentally a decent human being, like Franken, you apologize. Then you get investigated. Then you might resign, because lots of your fellow decent human beings think you should.

But if you’re an asshole, not only do you deny the charges, you do your best to smear the accusers. That’s what Moore and Trump have done. This gives your fellow assholes the cover they need to back off while they “wait for more evidence.”

The result is that the more decent you are, the more likely you are to pay the price for your sexual misconduct. The more of an asshole you are, the less likely you’ll pay any price.

This is hardly an ironclad rule. Harvey Weinstein is pretty clearly a huge asshole, but the allegations against him are so numerous and so disgusting that nothing he says or does is going to matter much. That said, if we’re going to investigate Al Franken for some fairly minor offenses, let’s also investigate Donald Trump over his far worse and far more numerous offenses. And if we’re going to investigate John Conyers over allegations that were eventually settled by Congress’s Office of Compliance—as we certainly should—let’s not rely solely on partisan leaks. Let’s open the books and take a look at everyone who’s been accused of bad behavior.

The fastest way for this moment in time to be squandered is for it to become a partisan football. If liberals eat their own because they believe sexual abuse is intolerable, but conservatives survive by simply denying and blustering, what do you think will happen? First, conservatives will spot an opportunity: a way of taking advantage of liberal principles that they’ve learned doesn’t apply to them. Second, liberals will probably start to back off. Like it or not, this is just human nature. No group ever remains completely committed to a principled stand if it becomes obvious that it only applies to themselves.

I wish I had an answer to this problem, but I don’t. Nevertheless, it’s worth putting out there. Maybe somebody else has something productive to say about this.