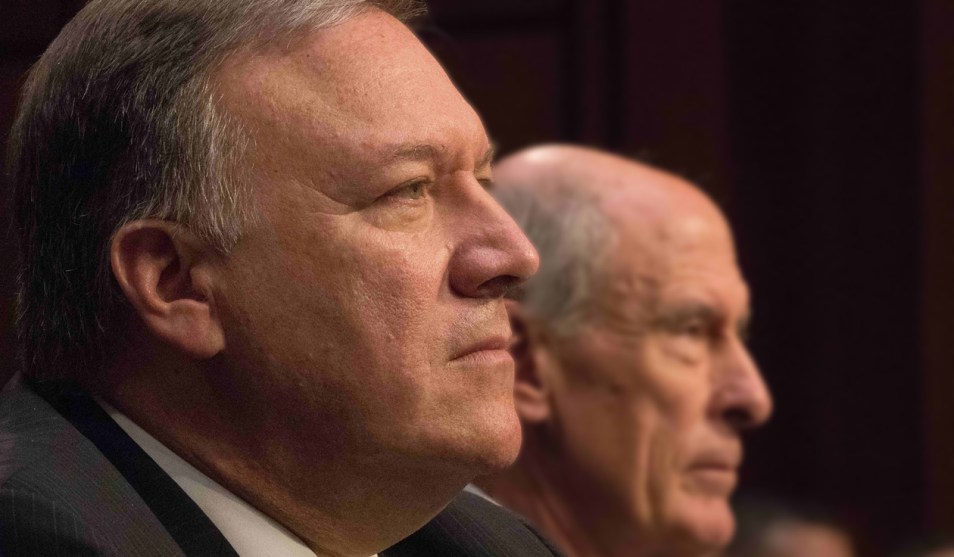 Would you like to meet with CIA Director Mike Pompeo? It's easier than you think! Just show up on Fox News and claim that Hillary Clinton personally hacked the DNC's email and then tried to blame it on Trump and the Russians. He'd love to hear from you.Jeff Malet/Newscom via ZUMA

So what’s the CIA been up to lately under the guidance of “the most openly political spy chief in a generation”? Keeping tabs on the Russians? Inflitrating the Taliban? Conducting cyber-sabotage on North Korea? Ken Dilanian of NBC News says he’s been meeting with Bill Binney:

CIA Director Mike Pompeo met last month with a former U.S. intelligence official who advocates a fringe theory that the hack of the Democrats during the election was an inside job and not the work of Russian intelligence…Binney left the agency in 2000 and has become a self-styled whistleblower, making unsupported claims that the CIA is collecting and storing nearly every U.S. communication. His meeting with Pompeo was first reported by The Intercept, an internet news site.

….Making the meeting even more noteworthy is the fact that Binney, 74, has made frequent appearances on RT, Russia’s state-funded broadcasting and internet news agency — which the CIA recently accused of acting as a propaganda arm for Russia, with the goal of undermining confidence in American democracy.

And why is Pompeo meeting with this conspiracy theorist? Here’s the Intercept:

In an interview with The Intercept, Binney said Pompeo told him that President Donald Trump had urged the CIA director to meet with Binney to discuss his assessment that the DNC data theft was an inside job. During their hour-long meeting at CIA headquarters, Pompeo said Trump told him that if Pompeo “want[ed] to know the facts, he should talk to me,” Binney said.

….It is possible Trump learned about Binney and his analysis by watching Fox News, where Binney has been a frequent guest, appearing at least 10 times since September 2016. In August, Binney appeared on Tucker Carlson’s Fox show to discuss his assessment that the narrative of Russia hacking the DNC during the 2016 campaign is untrue.

….The meeting raises questions about Pompeo’s willingness to act as an honest broker between the intelligence community and the White House….Pompeo’s decision to meet with Binney raises the possibility that right-wing theories aired on Fox News and in other conservative media can now move not just from conservative pundits to Trump, but also from Trump to Pompeo and into the bloodstream of the intelligence community.

I’m running out of polite ways to say WTF. I have no idea if Pompeo took Binney seriously or just met with him in order to humor the boss, but does it matter? There’s a lot of real stuff going on in the world, but Trump continues to be obsessed with trying to prove that the Russians didn’t interfere with the 2016 election. Is this because he knows that his campaign colluded with the Russians and he desperately wants to change the subject? Or is it just because he hates the idea that maybe it was the Russians who put him over the top on Election Day? Given the size and fragility of ego, the latter is entirely possible.