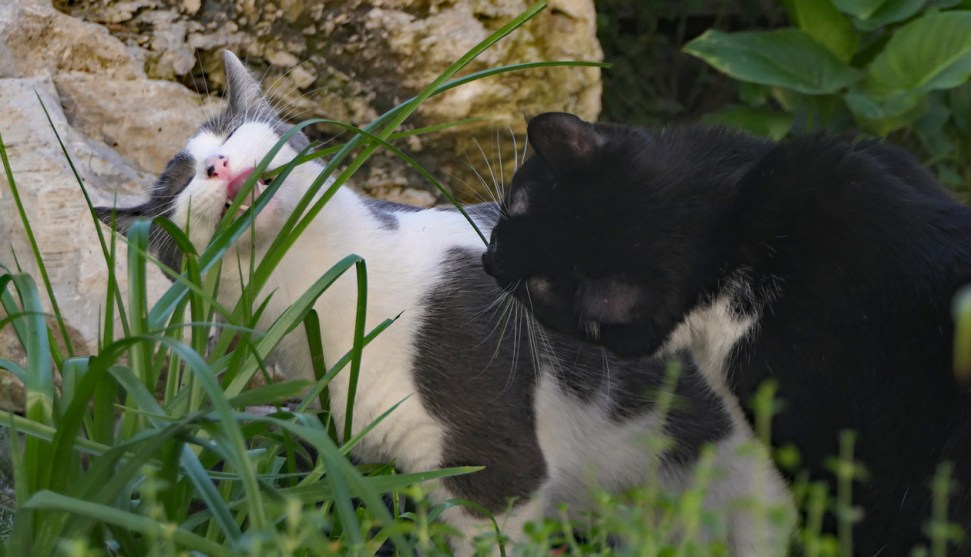 Watch in awe as the fearsome Jaws surges from the underbrush and overwhelms a defenseless plant. Nearby, a furry killer whale joins playfully in the carnage.

Here are a few more quick hits. I promise to keep this shorter than yesterday.

The lead stories in both the Washington Post and the New York Times are about Jared Kushner losing influence in the White House. Maybe this is true, maybe it isn’t. But it sure looks like someone close to Donald Trump is eager to push this narrative. I wonder who? Yesterday I wrote about the fact that we now have two directors of the CFPB following the resignation of Richard Cordray. Today the Office of Legal Counsel released its memo explaining why Trump has the authority to fill the vacancy even though, by statute, the deputy director automatically moves up in the “absence or unavailability” of the director. I figured the whole thing would turn on the meaning of that phrase, but no. As it turns out, OLC agrees that “absence or unavailability” also encompasses the resignation of the director.

So what is their justification? As near as I can tell, they make a lengthy argument that the statutory language doesn’t overrule the Vacancies Reform Act, which allows the president to fill vacant positions, it sits alongside the VRA. In other words, it merely gives the president a second choice. He can either appoint someone or he can allow the deputy to become acting director.

The OLC’s reasoning seems sort of half-assed to me, but I’m no lawyer. Stranger things have been upheld by courts. The more interesting question is why Trump is bothering with this in the first place. Why not just nominate a new director? The Republican Senate would surely vote quickly to confirm and that would be the end of it. It might delay things two or three months, but that’s hardly a big deal.

So far, the leading theory seems to be that Trump wants a court battle in order to set a precedent that he can do this. He has a habit of installing his people in jobs before they’re approved by the Senate, and it’s not at all clear that this is legal. But if he can get a court to agree with OLC’s legal argument, he’d have a free hand to install his nominees all over the government without being delayed by pesky Senate confirmation hearings. So much winning!

After the first 27 minutes of today’s Alabama-Minnesota basketball game, Minnesota led 57-50. In the next three minutes, the entire Alabama bench was ejected; an Alabama player fouled out; and another one was injured. At that point, Minnesota led 67-54. Alabama then played the last ten minutes with only three players and outscored Minnesota 30-22. That wasn’t quite enough to win the game, which means there will probably be no ESPN 30-for-30 story about this, but it certainly suggests a novel strategy for playing better basketball. Gardiner Harris presents the latest smdh story about Rex Tillerson’s apparently deliberate program to destroy the State Department. No explanation for Tillerson’s behavior truly makes sense. It’s just inexplicable. There’s been a mass exodus of top diplomats; Tillerson basically hides in his office all day; and people who decline to quit when he asks them to are assigned scutwork:

Even more departures are expected as a result of an intense campaign that Mr. Tillerson has ordered to reduce the department’s longtime backlog of Freedom of Information Act requests. CNN reported that the task had resulted from Mr. Trump’s desire to accelerate the release of Mrs. Clinton’s remaining emails. Every bureau in the department has been asked to contribute to the effort. That has left midlevel employees and diplomats — including some just returning from high-level or difficult overseas assignments — to spend months performing mind-numbing clerical functions beside unpaid interns.

All because Trump continues to be convinced that somewhere there must be a smoking-gun email that will put Hillary Clinton behind bars.

Here’s a helluva little tidbit casually dropped into the middle of a New York Times story about why Trump is so eager to defend alleged serial sexual abuser Roy Moore:

He sees the calls for Mr. Moore to step aside as a version of the response to the now-famous “Access Hollywood” tape, in which he boasted about grabbing women’s genitalia, and the flood of groping accusations against him that followed soon after. He suggested to a senator earlier this year that it was not authentic, and repeated that claim to an adviser more recently.

This is the kind of thing that makes you think maybe all those lies Trump tells aren’t actually lies. Maybe he’s really so divorced from reality that he convinces himself they’re true. What else could explain him saying something like this in the face of crystal clear documentary evidence to the contrary?

My Twitter feed is full of outrage over this profile of Tony Hovater, a neo-Nazi who lives in Huber Heights, Ohio. Hovater, according to the story, is a welder by trade; owns four cats; just got married; and is “polite and low key”—or, as author Richard Fausset puts it, “He is the Nazi sympathizer next door.”

The outrage is over the story’s seeming normalization of white nationalists and neo-Nazis, but I think that’s probably overblown. Fausset’s goal was perfectly reasonable: to dig into Hovater’s past and explain how a guy who was basically normal ten years ago suddenly took a U-turn that transformed him into a racist zealot. The real problem, as Fausset basically admits here, is that the story fails on its own terms. Hovater himself doesn’t really seem to know how it happened, and Fausset comes away from hours of interviews without any compelling insights either.

This is yet another case of a story that should have been spiked. No one wants to do that after putting a lot of work into something, but sometimes days or weeks of reporting just doesn’t pan out. This was one of those cases.

More generally, this was the latest entry in a popular recent category of journalism that could be described as the “well-dressed racist” genre. The motivation for these pieces is obvious, and their goals are pretty obvious as well: to let people know that hardcore racists don’t all advertise themselves these days with white hoods or swastika tatoos. In other words, don’t be fooled by a nice suit or a mild manner. They’re still just as dangerous as the Klansmen of old.

There’s a high risk to writing these pieces, because they really need to be done well. Screw it up, as Fausset did, and you do more harm than good. And I’m not at all sure it’s worth it anyway. There were plenty of vicious but well-dressed racists in the old days too, and frankly, I’m not sure it’s news to anyone that some of today’s racists are also well dressed and college educated. Maybe it’s time to put this whole genre to bed. Even the good examples probably don’t really accomplish much.