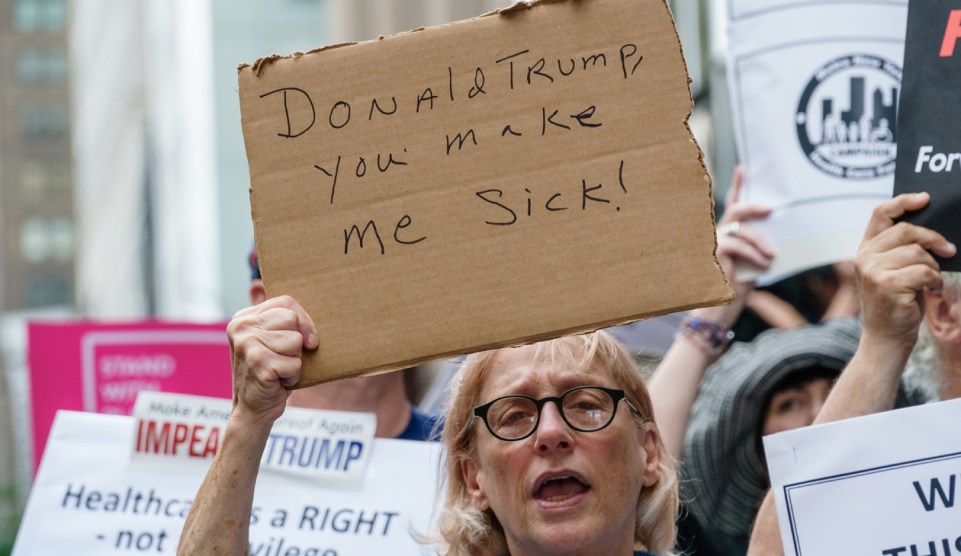 Bear with me for a bit. Here’s a description of a provision that was in the Senate health care bill that failed in July:

The Senate Better Care Reconciliation Act (BCRA), a proposal to repeal and replace the Affordable Care Act (ACA), includes a provision to create new association health plan options for small employers and self-employed individuals. These so-called “small business health plans” (SBHPs) would be considered part of the large group market, which has different rules than the small group market. In particular, the ACA requirement that premiums cannot vary based on health status does not apply in the large group market. Neither does the requirement for policies to cover ten categories of essential health benefits. If enacted, this provision would considerably disrupt the small group market because small employers could seek lower rates or less comprehensive coverage in an SBHP when their employees are healthy, but theoretically move back to regular small group market plans if an employee becomes ill.

Got that? “Association” health plans, which usually cover small groups, would have been allowed to offer plans that didn’t protect pre-existing conditions and didn’t offer all the essential benefits of Obamacare.

Presumably, this means I could have set up the “Friends of Kevin Drum” association and offered a really cheap health insurance plan. It would have been cheap because I would have accepted only healthy customers and I would have offered very limited coverage. If lots of people followed my lead, the Obamacare exchanges would lose nearly all their healthy customers, leaving them only with older, sicker customers. As you can imagine, that would be a disaster.

So it’s a good thing we dodged that bullet. Unless maybe we didn’t. Andy Slavitt reports that Donald Trump is about to sign an executive order implementing this particular provision of the Senate bill:

10/ The EO allows “association health plans”– ability for plans to be offered with no pre-ex protections & turn ACA into a high risk pool.

11/ In states that have done things like this, like TN, premiums have skyrocketed and competitors have left the market.

If this is true, it would be the most massive sabotage of Obamacare yet. It would also end up in court almost instantly, so it probably wouldn’t take effect soon, and might eventually be struck down. But even so, it would send a blaring signal that Trump is absolutely dead set on killing Obamacare one way or another. There aren’t many insurance companies who will stick with the exchanges once it becomes clear just how dedicated Trump is to this cause.