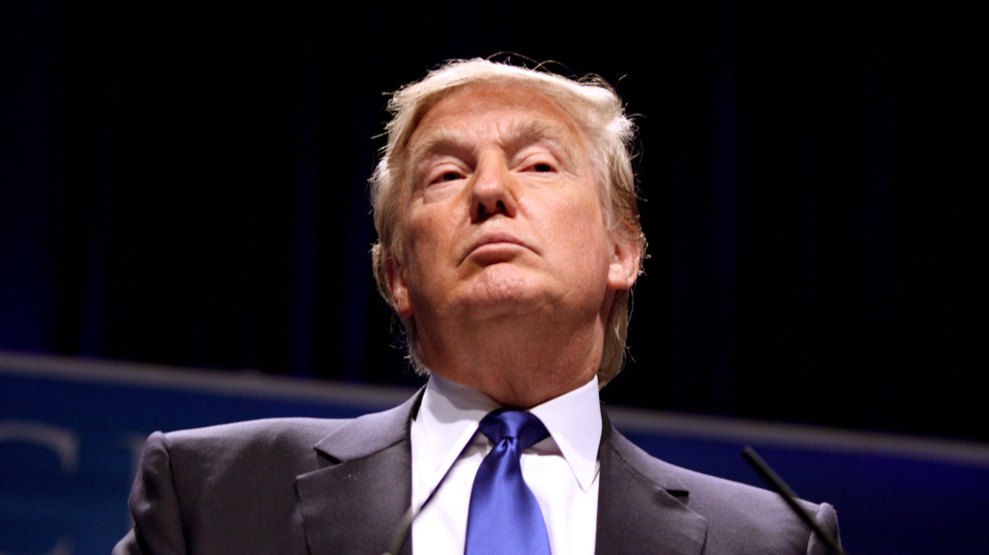 Six weeks of semi-vacation from Donald Trump was nice, but jumping back into the cesspool is…bracing. Unlike a lot of people, though, I don’t have Trump fatigue. I’m not sure exactly what I do have, but it’s bigger than Trump. It’s more like a slow but steady rise in my unease about the future of my country. Is Trump going to turn out to be a blip, with the ship righted and returning to course in 2020? Or is Trump a harbinger of things to come?

I used to be pretty sure it was the former, but I’m less sure now. The ability of Trump to tweet out his version of alternate reality and have it accepted without question by his base is increasingly scary. It’s obvious that he doesn’t care if all the rest of us know it’s nonsense. It’s not meant for us. And no matter how crazy it gets, Fox News is willing to amplify it; congressonal Republicans are willing to ignore it; and his true-believer core laps it up. If that core is enough to power Trump to a reelection win in 2020, we’re in serious trouble even if he doesn’t start a nuclear war or destroy the rule of law.

The reason has to do with one of my other hobbyhorses: artificial intelligence. Economic anxiety among the working class was an important, but still small, part of last year’s election, but it’s likely to start growing in the mid-2020s thanks to the first glimmerings of the AI revolution. And 20th-century history is pretty clear that it’s misguided to ask whether Trump’s victory was really spurred by economic anxiety or racial anxiety. They’re a package deal. The response to widespread job losses nearly always includes a big dose of scapegoating: Jews, Ukranians, Poles, Mexicans, blacks, Catholics, you name it.

What this means is simple: If we can dump Trump in 2020 and prick the fever, we at least have a chance of dealing in a reasonable way with our forthcoming era of mass unemployment. If Trump makes it to 2024, I’d say all bets are off. A future of toxic, right-wing, nationalist-inflected populism becomes our most likely future. This means that 2018 and 2020 are, perhaps, going to be our most consequential elections since at least 1980. Maybe since 1932.

I wish I were able to be a little uplifting about all this, but I think this is just the bare truth. Progressive politics can probably survive four years of Trump. But given the march of technology, I’m not sure it will survive eight.

This was supposed to be a fundraising post, and I think something a little brighter and more hopeful was probably what our marketing folks had in mind. But that’s not really where I am these days. There’s a pretty good chance that I won’t be around by 2020, so this doesn’t affect me personally much. But it affects everyone I care about—which, believe it or not, includes everyone reading these words. You guys really, really deserve a better future than Trump can provide.

But we have to fight for it. And I hardly need to add that Mother Jones is one of the most important media outlets helping to fight for that future. If you can get into the fight personally, that’s what you should do. But if you can’t, for whatever reason, at least contribute to those who can. This is a fight that needs to be intense, relentless—and well funded.