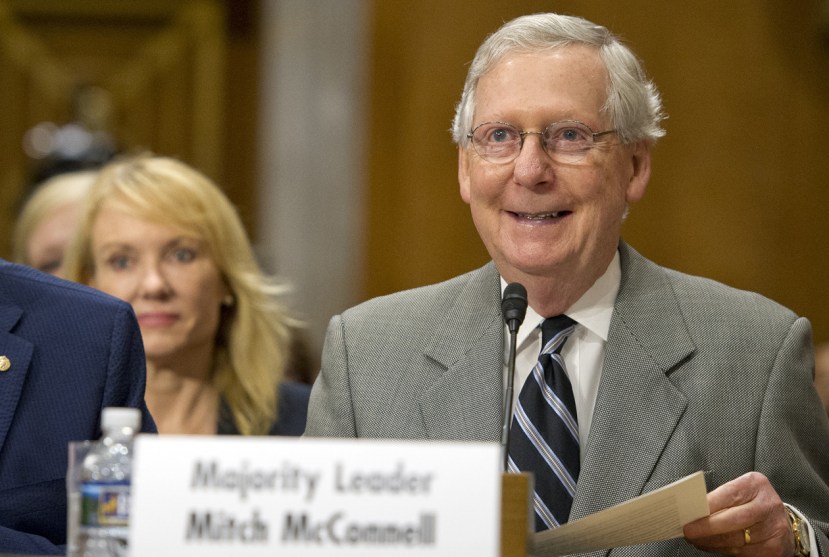 President Trump has “sided with Democrats” in approving a 3-month deal that raises the debt ceiling, funds Harvey relief, and includes a continuing resolution to fund the government through December:

Trump made his position clear at a White House meeting with congressional leaders, agreeing with Senate Minority Leader Charles E. Schumer (D-N.Y.) and House Minority Leader Nancy Pelosi (D-Calif.) by voicing support for a three-month bill to fund the government and raise the debt ceiling for the same amount of time.

Senate Majority Leader Mitch McConnell (R-Ky.) said he would add provisions extending government funding and the debt limit through mid-December to legislation passed by the House on Wednesday that would provide $7.85 billion in Hurricane Harvey relief.

“The president agreed with Sen. Schumer and Congresswoman Pelosi to do a three-month [funding extension] and a debt ceiling into December, and that’s what I will be offering based on the president’s decision, to the bill. And we’ll try to get 60 votes and move forward,” McConnell told reporters Wednesday afternoon. “The president can speak for himself, but his feeling was that we needed to come together to not create a picture of divisiveness at a time of genuine national crisis. And that was the rationale.”

I suppose all the outrage theater this morning was basically in service of this: pretending that this bill is all Democrats’ fault. That’s not because the Republican leadership has any real objection to it—all of this stuff was inevitable eventually—but because they needed a scapegoat to placate the ultras in their own party. So they pretend to get dragged into this, even though it’s what they wanted all along.

In fact, it’s better than they could have hoped for. Congress has a ton of stuff on its plate in September, and getting three big things off the table right away is terrific news for them. This gives them some breathing room to consider other things, like FAA reauthorization, Obamacare stabilization, and immigration. I’m not sure how much good it will do them, considering the fault lines in their own party, but honestly, Mitch McConnell must be breathing a huge sigh of relief right now. He’ll never admit it, but he is.