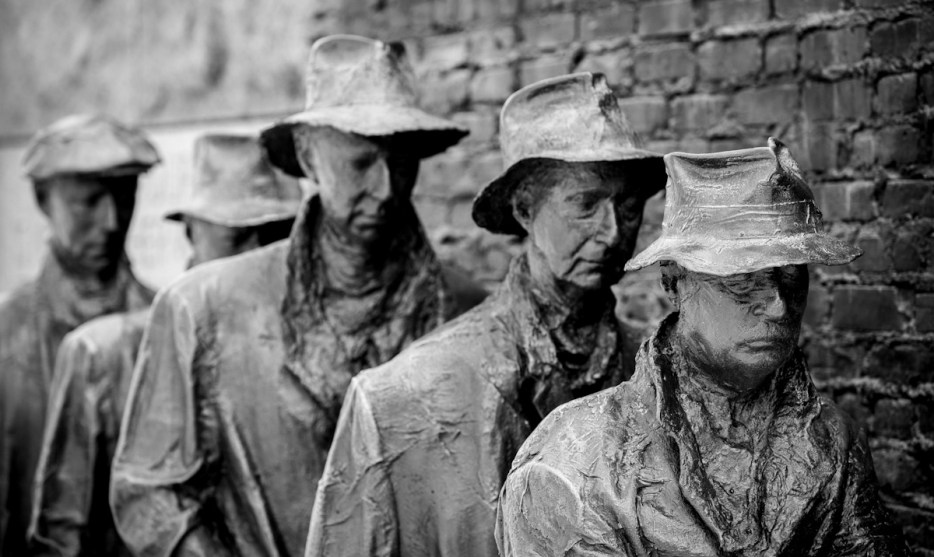 Dylan Matthews says we need a Universal Basic Income, but not because automation is going to put people out of work, as former SEIU head Andy Stern says:

The arrival of driverless trucks and taxis and 3D-printed houses and robotic mall cops, he predicts, will cause a wave of joblessness that will lead to mass immiseration and social breakdown — unless a universal basic income lets people out of work still earn enough to get by.

….But there are other reasons for the persistence of work. Many people actually like their jobs. Automation has made humans more productive, which has in turn raised wages and kept people in the workforce. Human desires have kept evolving….And despite the predictions of leftist optimists like Srnicek and Williams, and the gloomy warnings of more mainstream commentators like Stern, there’s little reason to think these dynamics have changed in the early 21st century. We have gone through large automation shocks before; are self-driving trucks really a bigger step than, well, trucks were? And if trucks and washing machines and all the other labor-saving inventions of the 20th century didn’t put anyone permanently out of work, but instead shifted the kind of work that was being done, why would we think matters would be any different in the 21st century? Why could the laundry workers of the 1940s find new jobs but the truck drivers of the 2020s can’t?

….In a way, basic income as an automation solution is both too much and not enough. It’s too much of a solution for the problem of long-run mass technological unemployment, primarily because that’s a fake problem that hasn’t happened yet and likely never will. But it’s not enough of a solution for the temporary dislocation that automation will, in fact, cause. It’s not an adequate substitute for the jobs that truck drivers and construction workers and others will lose in the years to come.

This is badly wrong. The problem here isn’t driverless trucks. The problem is the technology that underlies driverless trucks: artificial intelligence. Once AI has advanced to the point where it can drive trucks, it will very quickly advance to the point where it can do lots of other things too. This will cause unemployment on a massive scale since, almost by definition, once AI has evolved to this point (and beyond) it will be able to do any of the jobs that displaced truck drivers can do.

This isn’t a “fake problem” because it hasn’t happened yet. It’s a real problem that’s about ten years away. We should be paying attention to it, and UBI is a potential answer. As Matthews says, it’s not ideal, since it would be inadequate for the first wave of people displaced from their jobs by AI. But that’s not a criticism of UBI, it’s a criticism of the rich, who will have to be dragged kicking and screaming into a new era of industrial-scale income redistribution once AI starts to change society. Artificial intelligence will make the rich richer and the poor poorer until we finally figure out how to share the wealth of a world in which human labor has little to do with its creation.