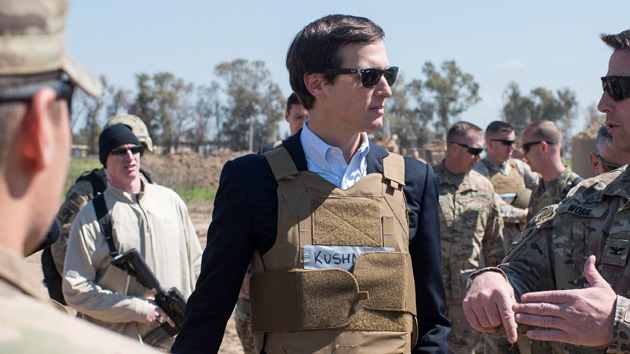 Dominique A. Pineiro/Planet Pix via ZUMA

The Daily Beast has talked to a bunch of folks close to Donald Trump, and as usual they can’t help themselves:

“Okay, he fired Comey,” the official conceded. “With a semi-competent comms operation, that would blow over in 24 hours. And that’s the worst part: he has a competent comms staff. But they can’t do their jobs because he keeps running his mouth.”

….Trump’s repeated media missteps have frustrated even longtime supporters. “Every day he looks more and more like a complete moron,” said one senior administration official who also worked on Trump’s campaign. “I can’t see Trump resigning or even being impeached, but at this point I wish he’d grow a brain and be the man that he sold himself as on the campaign.”

Asked whether an administration staff change-up would ameliorate this latest crisis, a Republican source formerly involved with a pro-Trump political group told The Daily Beast, “yes, if it comes with a frontal lobotomy for Trump.”

Remember, these are people who are on Team Trump. Elsewhere, Reuters reports that Trump is already working on ways to sabotage its own special counsel:

The Trump administration is exploring whether it can use an obscure ethics rule to undermine the special counsel investigation into ties between President Donald Trump’s campaign team and Russia, two people familiar with White House thinking said on Friday.

….Within hours of Mueller’s appointment on Wednesday, the White House began reviewing the Code of Federal Regulations, which restricts newly hired government lawyers from investigating their prior law firm’s clients for one year after their hiring, the sources said….Mueller’s former law firm, WilmerHale, represents Trump’s son-in-law Jared Kushner, who met with a Russian bank executive in December, and the president’s former campaign manager Paul Manafort, who is a subject of a federal investigation.

Hmmm. Preventing the special counsel from investigating Manafort hardly seems worth the trouble. He’s not close enough to the White House to cause too many problems even if he does turn out to be involved in something fishy. So that leaves Kushner. Is he the guy the Trumpies are trying to protect?

On the bright side of all this, if you have some embarrassing news you’ve been waiting to release, now would be a good time. It’s almost sure to be forgotten as soon as the next Trump shoe drops, which will probably take no more than a few hours.