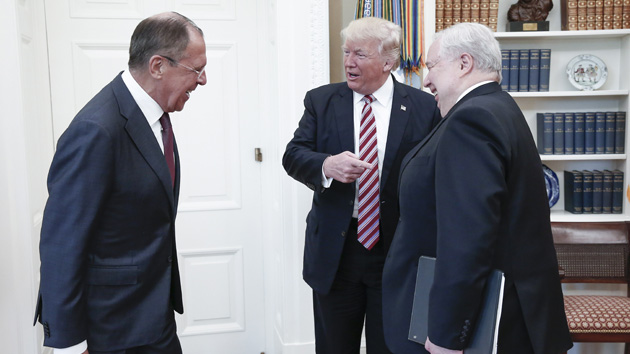 How did the FBI’s investigation into the Trump-Russia connection get started, anyway? Former CIA director John Brennan says he was the one who got the ball rolling:

“I encountered . . . intelligence that revealed contacts and interactions between Russian officials and U.S. persons involved in the Trump campaign,” Brennan said, adding that he did not see conclusive evidence of collusion but feared that Trump associates were wittingly or unwittingly being used to advance the interests of Moscow.

….Brennan testified that he was disturbed by intelligence that surfaced last year showing a pattern of contacts between Russian agents or representatives and people with links to the Trump campaign. “That raised concerns in my mind,” Brennan said….With that remark, Brennan appeared to identify the point of origin of the FBI investigation that began in July — the first time a U.S. official has provided insight into what prompted the bureau probe.

That’s from the Washington Post. Brennan was testifying before Congress about Russian interference in the 2016 election, and the New York Times adds this disheartening tidbit:

On Aug. 4, as evidence of that campaign mounted, Mr. Brennan warned Alexander Bortnikov, the director of Russia’s Federal Security Service, known as the F.S.B., not to meddle in the election. Not only would interference damage relations between the two countries, he said, it was certain to backfire.

“I said that all Americans, regardless of political affiliation or whom they might support in the election, cherish their ability to elect their own leaders without outside interference or disruption,” Mr. Brennan said. “I said American voters would be outraged by any Russian attempt to interfere in election.”

Mr. Brennan’s warning proved futile. Though intelligence agencies are unanimous in their belief that Russia directly interfered with the election, it has become a divisive partisan issue, with Democrats far more likely than Republicans to accept the conclusion. President Trump has declared that “Russia is fake news” and tried to undermine the conclusions of his own intelligence services.

I don’t blame Brennan for thinking that Russian interference in the election would outrage everyone regardless of party. I suppose I might have thought the same thing. But it ain’t so anymore:

As always, click the link for the whole story.