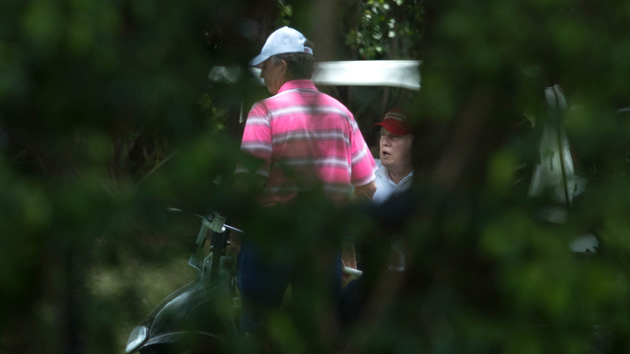 Philip Howard attended Tuesday’s infrastructure confab with President Trump. The Guardian reports on what he told them:

Donald Trump is considering privatising America’s airports and dams as part of an infrastructure building programme that could exceed past estimates of a trillion dollars….“America can do much more than it has, and can do what other countries in Europe and Australia have done, by harnessing private capital,” Howard said. “So it could privatise a number of assets such as airports and dams, and get a lot of capital from that, as well as increase the tax base.”

Hundreds of airports around the world have been privatised or partly privatised but, Howard noted, virtually none in America….Last year the Cato Institute, a conservative thinktank, published a paper that endorsed privatising the nation’s more than 500 commercial airports, which are currently owned by state and local governments and rely on the federal government for capital improvements.

Is Trump really thinking about this? Who knows. But I’m a little mystified. The federal government can’t privatize airports that are owned by states and cities. And even if it could, states and cities would get the money. So what’s the point?

The Obamacare effort has already crashed and burned. His tax plan apparently won’t work with Obamacare in place, so now he’s delaying that to take another run at health care. He doesn’t have anywhere near enough support for his infrastructure plan, which is why he’s desperately scanning the horizon for weird ideas to fund it. And the wall hasn’t gone anywhere yet. It may yet make progress, but even Trump admits it won’t cover anything close to the whole border.

On foreign policy, he’s crashed and burned on his immigration plan; reversed himself on Russia; launched a strike on Syria with no apparent follow-up plan; still has no proposal for defeating ISIS; caved in to China on Taiwan; and has gone soft on trade.

So what has he done? He’s signed a few bills reversing some Obama executive orders, but that’s about over since the easy stuff has an early May deadline. He produced a kinda-sorta budget, which was even deader on arrival than most presidential budgets.  He managed to pick a name off a list and nominate him to the Supreme Court, something he apparently considers a helluva hard day’s work. Beyond that, he’s tweeted, convened some “listening sessions,” held a couple of rallies, watched uncounted hours of TV, played lots of golf, and generally developed a reputation as the laziest president in anyone’s memory. Is there anything important I’m missing here?