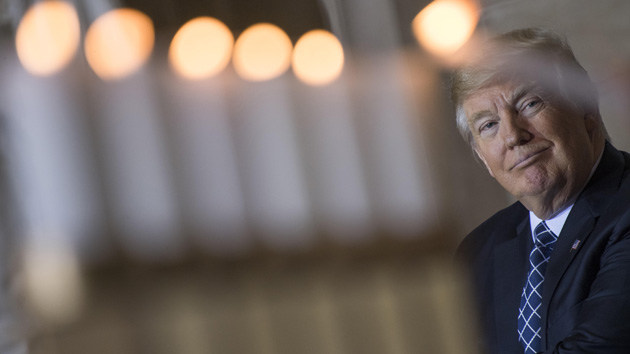 From an anonymous White House official:

I kind of pooh-poohed the experience stuff when I first got here. But this shit is hard.

It’s early morning here on the West Coast, but I’m pretty sure this quote is going to be the winner for the day. It comes from a Politico story, yet another in the “interviews with dozens of aides” genre. Basically, it paints a picture of a president and a White House who have no idea what they’re doing:

[Trump] sat at the Resolute desk, with his daughter Ivanka across from him. One aide said the chat was off-the-record, but Trump insisted, over objections from nervous-looking staffers, that he be quoted….It was classic Trump: Confident, hyperbolic and insistent on asserting control.

But interviews with nearly two dozen aides, allies, and others close to the president paint a different picture — one of a White House on a collision course between Trump’s fixed habits and his growing realization that this job is harder than he imagined when he won the election on Nov. 8.

So far, Trump has led a White House gripped by paranoia and insecurity, paralyzed by internal jockeying for power. Mistrust between aides runs so deep that many now employ their own personal P.R. advisers — in part to ensure their own narratives get out. Trump himself has been deeply engaged with media figures, even huddling in the Oval Office with Matt Drudge.

….As Trump is beginning to better understand the challenges—and the limits—of the presidency, his aides are understanding better how to manage perhaps the most improvisational and free-wheeling president in history. “If you’re an adviser to him, your job is to help him at the margins,” said one Trump confidante. “To talk him out of doing crazy things.”

….“You don’t walk in with a traditional presentation, like a binder or a PowerPoint. He doesn’t care. He doesn’t consume information that way,” said one senior administration official. “You go in and tell him the pros and cons, and what the media coverage is going to be like.”…What the president hears on the cable morning gabfests on Fox News, MSNBC and CNN can redirect his attention, schedule and agenda. The three TVs in the chief-of-staff’s office sometimes dictate the 8 a.m. meeting — and are always turned on to cable news, West Wing officials say.

Go ahead and read the whole thing if you want to ruin the rest of your day.