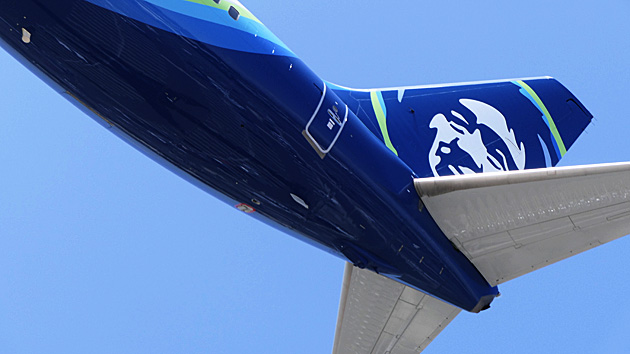 Farhad Manjoo says that airline travel sucks and Silicon Valley has made it even worse:

Travel search engines rank airlines based on price rather than friendliness or quality of service. Online check-in, airport kiosks and apps allow airlines to serve customers with fewer and fewer workers. What we are witnessing is the basest, ugliest form of tech-abetted, bottom-seeking capitalism — one concerned with prices and profits above all else, with little regard for quality of service, for friendliness, or even for the dignity of customers.

….What keeps deteriorating are comfort and quality of service for low-end passengers (i.e., most people). Legroom keeps shrinking. Airlines keep tacking on separate fees for amenities we used to consider part of the flight. And customers keep going along with it.

“Consumers have shown that they’re willing to put up with an awful lot, including lack of legroom, lack of amenities, mediocre or worse customer service, dirty airplanes and more to save money,” Mr. Harteveldt said. “And the airline industry has evolved to meet that desire” for cheap fares

I’ll give Silicon Valley a pass on this. The flying public has demonstrated conclusively that it cares about only one thing: price. Airlines do their best to charge high prices when they can—usually for late bookings or on routes where they have a monopoly—but most of the time they can’t. So they’ve done everything they can to lower their prices. It’s either that or die.

Nor is it just airlines. Manjoo complains that the whole system of buying an airline ticket is “mercilessly transactional” thanks to tech, but that’s a broad trend. Even the tech companies he celebrates, like Uber and Airbnb, are pretty damn transactional. They aren’t quite up there with airlines, but their single biggest selling point is that they’re cheaper than taxis and hotels. (You think Uber is popular because it’s faster and more convenient? It is. But if price weren’t its paramount feature, Uber wouldn’t continue to lose billions of dollars subsidizing fares.)

I’ve long thought that one of the problems with air travel is the lack of a credible signaling system. If, say, American Airlines was 10 percent more expensive than other carriers, it might be able to make that stick if it truly offered better service. But how do you convince customers of this? You’d have to realign the entire company around service and then spend 20 years building up a reputation. There’s no other way. But who’s willing to risk the life and death of a huge corporation (probably death, let’s be honest) on a 20-year experiment?