A trio of researchers at Stanford University has taken a first cut at the effects of AB60, a new California law that allows undocumented immigrants to get a drivers license. They performed a pretty straightforward regression that compared the rate of accidents in various counties to the number of AB60 licenses issued. They were interested not in the absolute level of accidents, but in whether the rate changed after AB60 was passed. 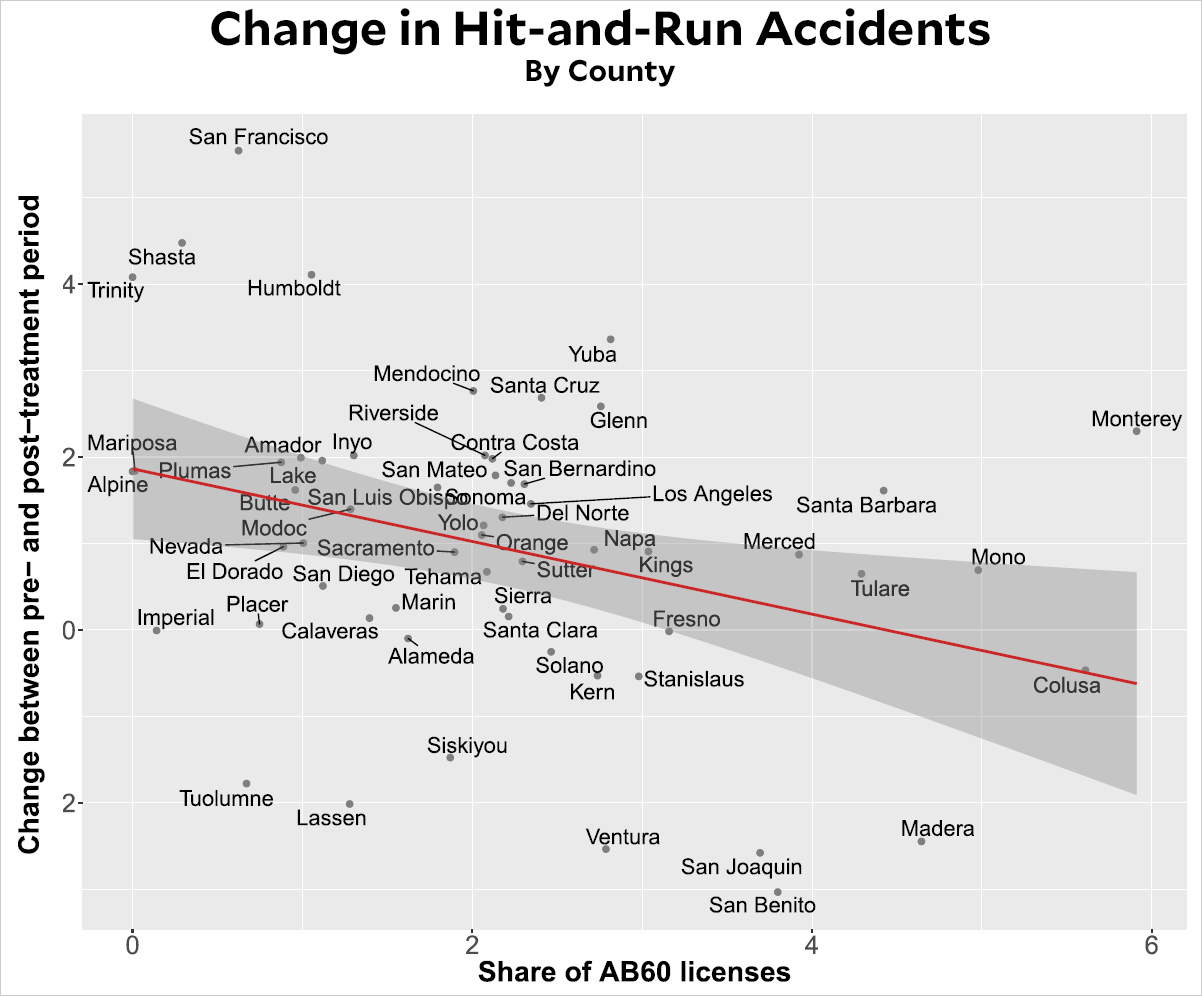 Counties that issued very few AB60 licenses saw an increase in hit-and-run accidents. Counties that issued a lot of AB60 licenses saw a big drop. The authors conclude from all this that (a) most unauthorized immigrants were driving unlicensed before AB60 and were already experienced drivers, and (b) with less fear of serious repercussions, they were more likely not to flee the site of a hit-and-run collision:

The fact that most AB60 license holders were driving unlicensed before the policy change points to a potential explanation for why accidents per capita and the share of fatal accidents were unaffected by this law: the majority of new license holders had sufficient driving experience, and obtaining a driver’s license did not change their routine driving behavior.

….AB60 explicitly prohibits law enforcement officers from reporting license holders to Immigration and Customs Enforcement. Consequently, unauthorized immigrants with a valid form of in-state driving authorization have weaker incentives to flee the scene after an accident, because they are less likely to fear deportation. Alternatively, unauthorized immigrants involved in an accident before the reform also may have been concerned about having their car impounded as a result of driving without a license. Fees to recover a vehicle after impoundment can easily exceed $1,000….With AB60 in place, however, unauthorized immigrants who obtain a license may no longer fear impoundment of their vehicles and are, thus, more likely to stay after involved in an accident.

AB60 was passed in 2015, so this is a very short-term study. Follow-on studies will tell us whether the AB60 effect is for real or not.