Reuters tells us what to expect from President Trump’s budget:

Under the proposal, which was sent to the EPA this week, grants to states for lead cleanup would be cut 30 percent to $9.8 million, according to the source, who read the document to Reuters.

What an idiot. This is hardly the biggest issue in his budget, and I’ll grant that the current allocation for lead cleanup is so pitiful that a 30 percent cut hardly matters. On principle, though, it’s obvious that Mick Mulvaney’s crew just saw a line item in their spreadsheet and slashed it without knowing anything about it. Nice work, folks. You get a gold star.

By coincidence, the Washington Post ran a piece yesterday that’s all about lead—though the reporter didn’t realize it:

In dozens of one-on-one meetings every week, a lawyer retained by the city of Philadelphia summons parents whose children have just been jailed, pulls out his calculator and hands them more bad news: a bill for their kids’ incarceration….[He] is one agent of a deeply entrenched social policy that took root across the country in the 1970s and ’80s. The guiding principle was simple: States, counties and cities believed that parents were shedding responsibility for their delinquent children and expecting the government to pick up the tab.

.…”It was a very different time, when too many parents frequently wanted to essentially ‘dump’ their adolescent children on juvenile courts when they found them unruly, ungovernable, uncontrollable,” Linda O’Neal, executive director of the Tennessee Commission on Children and Youth, said of the era decades ago when the laws were implemented.

Regardless of what you think about this policy, there’s a reason it “took root” in the ’70s and ’80s: Kids of that era spent their early childhoods surrounded by lead fumes from automobiles, so they contracted lead poisoning in massive numbers. By the time they were teenagers they really were “unruly, ungovernable, uncontrollable,” and parents didn’t know what to do.

As it turns out, there was nothing they could do. The damage was done. But nobody knew that, so we put in place pointless laws based on the premise that if only they worked harder, parents could keep their kids under control. In reality, the only policy that ended up working came from Trump’s hated Environmental Protection Agency, which banned leaded gasoline and put an end to our national epidemic of lead poisoning.

But the old laws are still around, even though they don’t work, while the EPA’s lead cleanup program is being slashed, even though it does work. Welcome to America. 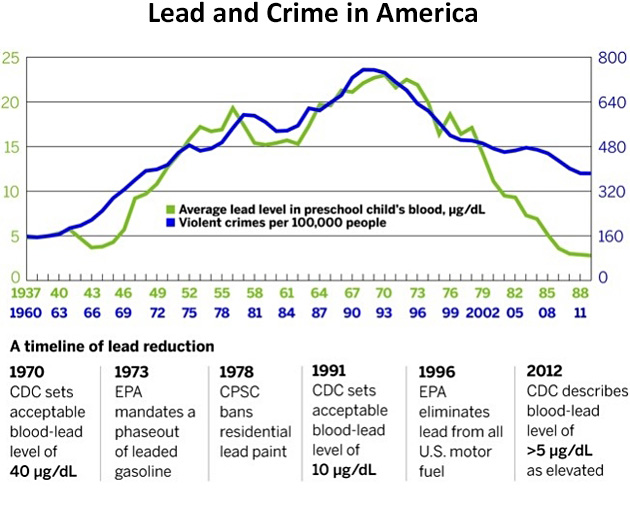