So here’s an interesting thing. Let’s start off with Newt Gingrich, asked about Steve Bannon’s advocacy of the alt-right:

The left is infuriated that anybody would challenge the legitimacy of their moral superiority. And so the left is hysterical…You get this with all the 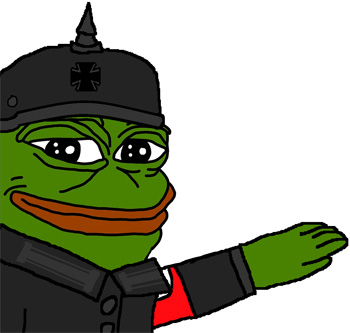 smears of Steve Bannon. I never heard about the alt-right until the nut cakes started writing about it.

Huh. It’s just a lefty smear. Let’s ask Bannon himself about this. Here is Sarah Posner:

“We’re the platform for the alt-right,” Bannon told me proudly when I interviewed him at the Republican National Convention (RNC) in July….During our interview, Bannon took credit for fomenting “this populist nationalist movement” long before Trump came on the scene. He credited Sen. Jeff Sessions (R-Ala.)—a Trump endorser and confidant who has suggested that civil rights advocacy groups were “un-American” and “Communist-inspired”—with laying the movement’s groundwork.

I guess that clears things up. What’s interesting here is that a fair number of longtime conservatives were #NeverTrumpers during the presidential campaign, and they got a very up-close-and-personal look at just what the alt-right was like. National Review’s David French, for example, started a recent essay like this: “Trump’s alt-right trolls have subjected me and my family to an unending torrent of abuse that I wouldn’t wish on anyone.” Click the link if you have a strong stomach. Today, Ian Tuttle joins him:

Under Bannon’s aegis, something ugly has taken hold of the Right.

In March 2012, Bannon — an investment banker-turned-conservative documentarian — became chairman of Breitbart News….Under Bannon’s leadership…the site built up its viewer base by catering to the alt-right, a small but vocal fringe of white supremacists, anti-Semites, and Internet trolls.

….The alt-right is not a “fabrication” of the media….If ethnic and religious minorities are worried, it’s in part because Donald Trump and his intimates have spent the last several months winking at one of the ugliest political movements in America’s recent history.

….Furthermore, as some on the left have been more attuned to than their conservative counterparts, the problem is not whether Bannon himself subscribes to a noxious strain of political nuttery; it’s that his de facto endorsement of it enables it to spread and to claim legitimacy, and that what is now a vicious fringe could, over time, become mainstream….To conservative and liberal alike, that he has the ear of the next president of the United States (a man of no particular convictions, and loyal to no particular principles) should be a source of grave concern.

Under normal circumstances, the entire conservative movement would be in Newt Gingrich’s corner: Bannon is no racist and the alt-right is just a figment of the hysterical left. But during the campaign, lots of mainstream conservatives were targets of the alt-right. They saw firsthand just how vicious it is and just how real it is. This time, they can’t write it off.

Bannon is an ugly, ugly character. He promoted the alt-right; he loves the right-wing nationalist parties of Europe; and his ex-wife says that he’s personally anti-semitic. The movement he nurtured is dedicated to “white rights,” loudly and proudly. And that has consequences: the FBI announced today that hate crimes were up 6 percent in 2015, “fueled by attacks on Muslims.” Al Franken has this one right:

Steve Bannon should not be allowed to hold any position in the White House. My full statement: https://t.co/5bJvlEqlAw