With 18 days left in the 2016 campaign, what does Politico have to say about the state of the race? Let’s take a look. First, they tell us that Donald Trump is doomed:

In June, POLITICO identified 11 key battleground states — totaling 146 electoral votes — that would effectively decide the presidential election in November. A new examination of polling data and strategic campaign ad buys indicates that six of those 11 are now comfortably in Hillary 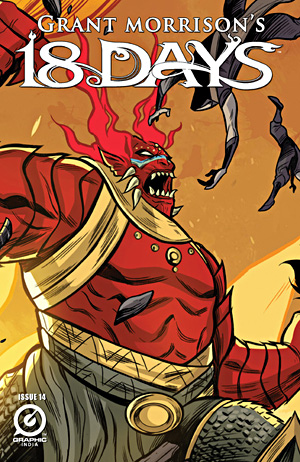 Clinton’s column….Even if Trump ran the table in the remaining battleground states — Florida, Iowa, Nevada, North Carolina and Ohio — he would fall short of the White House if he cannot flip another state where Clinton currently leads in the polls.

But the WikiLeaks release of John Podesta’s emails is causing Hillary Clinton a few problems of her own:

Some of the left’s most influential voices and groups are taking offense at the way they and their causes were discussed behind their backs by Clinton and some of her closest advisers in the emails, which swipe liberal heroes and causes as “puritanical,” “pompous”, “naive”, “radical” and “dumb,” calling some “freaks,” who need to “get a life.”

….Liberal groups and activists are assembling opposition research-style dossiers of the most dismissive comments in the WikiLeaks emails about icons of their movement like Clinton’s Democratic primary rival Bernie Sanders, and their stances on trade, Wall Street reform, energy and climate change. And some liberal activists are vowing to use the email fodder to oppose Clinton policy proposals or appointments deemed insufficiently progressive.

The left has felt this way about Clinton since the start, so I’m not sure the email leaks really make a lot of difference. In any case, I assume they were always planning to fight for progressive appointments and causes, right? And now they’re still planning to do that.

Finally, in other campaign news, you may have heard that the “jokes” at last night’s Al Smith dinner were a wee bit rough. But Cardinal Timothy Dolan says it was all smiles in private:

Dolan said the three of them prayed together. “And after the little prayer, Mr. Trump turned to Secretary Clinton and said, ‘You know, you are one tough and talented woman,’” he recalled. “And he said, ‘This has been a good experience in this whole campaign, as tough as it’s been,’ and she said to him, ‘And Donald, whatever happens, we need to work together afterwards.’ Now I thought: This is the evening at its best.”

Well, he’s a man of God, so I suppose he can’t be lying about this. Maybe Clinton will appoint Trump Secretary of Homeland Security after it’s all over.