Donald Trump has proposed a trillion-dollar infrastructure spending program, and conservative voters seem to have no problem with this. Conservative elites purport to be puzzled. Why did tea partiers go nuts over Obama’s stimulus, but seem fine with Trump’s? That is indeed a chin scratcher, isn’t it? Jonathan Chait wastes some gray cells pondering this:

The entire Republican Party treated Obama’s stimulus as a threat to the Republic, yet has said nothing as Trump has embraced a proposal with equally objectionable features….Unlike the conservatives baffled at 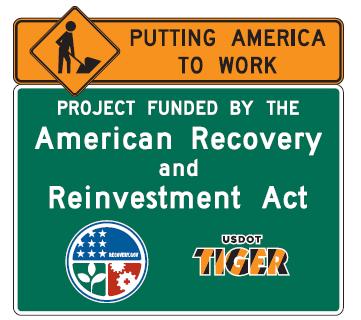 the voters’ acceptance of their nominee’s heresies, I do have an explanation.

….Conservatives did not believe that fiscal stimulus can’t help a depressed economy until Obama took office. When the economy showed signs of sputtering in early 2008, Congress passed a fiscal stimulus by overwhelming margins….With the economy in utter collapse a year later, the economic case for stimulus had grown exponentially stronger — in fact, if there was only one time over the last three-quarters of a century when a Keynesian remedy was needed, early 2009 was it. But at this moment, Republican support for Keynesianism collapsed. Likewise, Mitt Romney ran for president in 2008 advocating what became Obamacare — regulated exchanges with subsidies and an individual mandate — and faced hardly any blowback from his base. John McCain ran as an advocate of cap and trade. But once Obama embraced those ideas, the entire party, including Romney and McCain, turned against them.

….The truth is that the freaked-out Republicans in America, watching Fox News in their Barcaloungers, were not animated by newfound appreciation for Rand and Hayek. As careful studies of the tea-party movement revealed, what animated Republican voters was a fear of cultural change. Their anti-statism was confined to programs that seemed to benefit people other than themselves. Racial resentment and ethnocentrism, not passion for limited government, drove the conservative base.

Actually, I’d give the tea party a break on the racial resentment front here. I don’t doubt that was a factor, but the truth is that Republican support for deficit hawkery follows a pretty simple pattern: they don’t care about it when a Republican is president, but it becomes their #1 issue whenever a Democrat is president. It’s basically just an excuse to oppose liberal spending priorities, and not much more. Their actual dedication to balanced budgets has been pretty close to zero ever since the late 70s.

Their conversion in 2009 was, perhaps, a bit more amusing than usual, though. Instead of just making the switch, tea partiers declared, with heavy hearts, that George W. Bush had been a heretic on the deficit, but they had only just figured this out on January 20, 2009. So Obama had to pay the price. Unfortunate, perhaps, but what can you do?