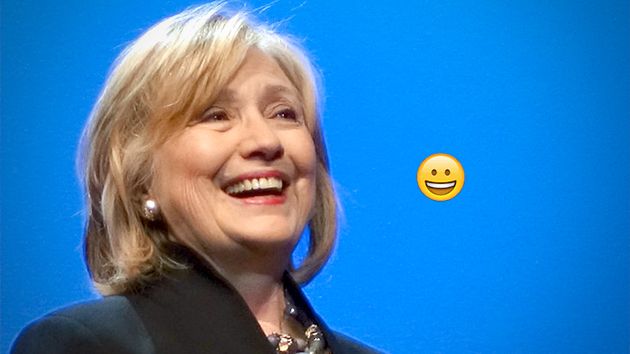 Today’s grilling of FBI Director James Comey was probably a dumb move on the part of Republicans. He didn’t give them anything new to work with, but he did offer up plenty of answers helpful to Hillary Clinton. Here’s a small sampling:

Did Hillary Clinton lie?
To the FBI? We have no basis to conclude she lied to the FBI. 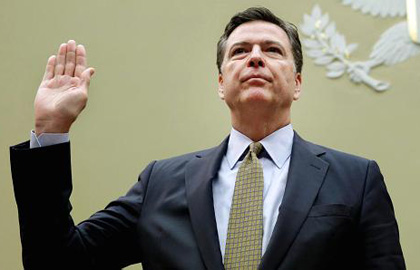 Did Hillary Clinton lie under oath?
Not to the FBI. Not in a case we’re working.

What do you mean by that?
His conduct, to me, illustrates the categories of behavior that mark the prosecutions that are actually brought. Clearly intentional conduct, knew what he was doing was a violation of the law, huge amount of information. Even if you couldn’t prove he knew it, it raises the inference that he did it. An effort to obstruct justice. That combination of things makes it worthy of a prosecution.

If you’re going to classify something, there has to be a header on the document. Right?
Correct.

Was there a header on the three documents that we’ve discussed today that had the little “C” in the text someplace?
No…There was no header on the email or the text.

So if Secretary Clinton really were an expert at what’s classified and what’s not classified and were following the manual, the absence of a header would tell her immediately that those three documents were not classified. Am I correct in that?
That would be a reasonable inference.

I understand why people are confused by the whole discussion. I get that. But you know what would be a double standard? If she were prosecuted for gross negligence.

Did you get any political interference from the White House?
None.

Did you get any political interference from the Hillary Clinton campaign?
None.

This last one is from Rep. John Micah of Florida, who spent most of his time laying out a full-blown conspiracy theory about collusion between Comey, Barack Obama, Bill Clinton, and Loretta Lynch about this investigation. Then he claims there’s something “fishy” about the whole thing:

Tomorrow we’ll go back to our districts and we have to explain to people, in a couple cafes where I see folks and have meetings. They’re going to ask a lot of questions about what took place…One week ago, former president Clinton meets with the attorney general in Phoenix. The next Friday, last Friday, Mrs. Lynch, the AG, says she’s going to defer to the FBI. On Saturday morning I saw the vans pull up…Then on Tuesday morning…you basically said you’re going to recommend not to prosecute. Correct? And then Tuesday we had President Obama and Secretary Clinton arrive in Charlotte at 2:00. Shortly thereafter we had the attorney general closing the case. This is rapid fire. I mean, my folks think there is something fishy about this. I’m no conspiracy theorist, but there are questions on how this came down.

I hope what you’ll tell the folks in the cafe is, look me in the eye and listen to what I’m about to say. I did not coordinate that with anyone. The White House, the Department of Justice, nobody outside the FBI family had any idea what I was about to say. I say that under oath, I stand by that. There was no coordination. There was an insinuation in what you were saying. I don’t mean to get strong in responding, but I want to make sure I was definitive about that.

I don’t know that this hearing will have any real effect one way or another. But there was no reason for Republicans to hold it other than inchoate rage at not getting the indictment they so desperately believed they were due. It accomplished nothing for their side, since Comey had already delivered a pretty blistering assessment of Hillary Clinton’s “carelessness” and was unlikely to go further in front of Congress. But it did give Democrats a chance to get Comey on record refuting several conservative talking points and conspiracy theories. That was dumb. But that’s what happens when you live in a bubble where Hillary Clinton is an obvious villain and it’s simply inconceivable that she did nothing illegal.