I was chatting with a friend yesterday about the (alleged) anger of low-income whites this election season, and she asked what kinds of concrete, long-term trends might be responsible for this. Concrete in the sense of important, measurable stuff that truly makes people’s lives worse. The truth is that I don’t know of many. Crime is down. Teen pregnancy is down. Student test scores are up. Graduation rates are up. Illicit drug dependence is down (yes, really) and it’s way down among teenagers. The growth rate of health care costs is on a multi-decade downward trend. The Great Recession did immense damage, but we’ve been recovering nicely for several years: growth is steady; unemployment is below 5 percent; inflation is below 2 percent; job openings are rising; and household debt, which has been trending downward for nearly a decade, is at its lowest point since 1980. 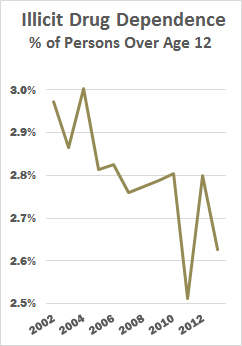 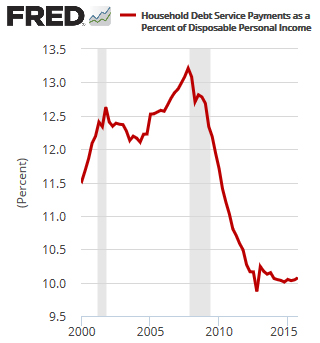 So what negative trends are there? That is, big trends, the kind that affect lots of people and aren’t easy to turn around. Rising student debt, for example, wouldn’t qualify. In the great scheme of things, it’s not that damaging,1 and it could be turned around pretty easily if we felt like it. It’s not burned into the fabric of society or anything. 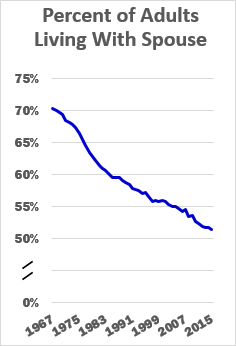 That said, two big negative trends come to mind. First, wages have been sluggish for decades and flat-out stagnant since the beginning of the century.2 Second, marriage rates have continued to slide. This produces more single mothers struggling to raise kids with no help, and more single fathers who cough up child support every month but don’t see their kids much and live frustratingly solitary lives. And the standard of living for both is effectively worse than it was for their parents, since they’re managing two households on about the same income.

In terms of broad societal trends, life has improved over the past couple of decades in nearly every respect—even for the working and middle classes. But these two big exceptions might be enough to produce an electorate that’s pissed off enough to elect Donald Trump.

POSTSCRIPT: It’s worth saying that my own personal view remains the same as ever: the electorate isn’t more pissed off than it usually is. All that’s happened is that Donald Trump and Bernie Sanders have milked the normal amount of voter anger more effectively than usual, and social media has amplified it more than in the past. The case for this seems overwhelming to me—though I’m still open to contrary arguments based on actual evidence. But if you continue to believe in the anger theory and you want to know why people are so angry these days, wages and marriage are the two trends I’d look at.

1FWIW, I recommend you give this some real thought before dashing off to Twitter to tell me what a clueless moron I must be.

2The long decline in the labor participation rate is a related issue, but it’s much trickier to figure out exactly what’s going on with this. The participation rate for men has been declining steadily since 1950, so obviously it’s not caused by something that just started in the past couple of decades. About half of the decline is due to retirements. And there’s some evidence that the declining rate for women is mostly caused by giving up second jobs that never provided much net income in the first place. So…call this half a trend if you want, and then you’ve got two and a half trends to think about.