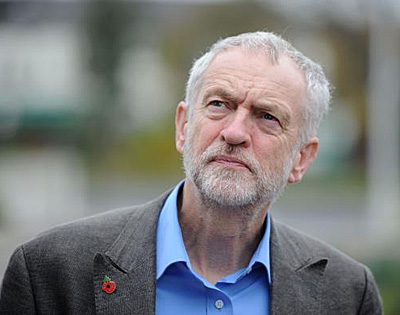 Brexit has already claimed the leadership of one of Britain’s major parties, and now it’s claimed another: Jeremy Corbyn, leader of the Labor Party, overwhelmingly lost a vote of confidence this afternoon, 172-40. Of course, Corbyn never really had the confidence of his party in the first place, so I suppose this is no surprise. This now officially puts the party regulars in massive conflict with actual Labor voters, who appear to still support Corbyn. In other words, Corbyn is now sort of a lefty British version of Donald Trump.

In other Brexit news, German chancellor Angela Merkel is changing her tune. At first she was the voice of calm among European leaders, but now she’s decided the Brexiteers are delusional and need to be told so:

Ms. Merkel reiterated that there could be no talks with Britain on leaving the European Union until Britain starts formal procedures to leave….“The talks can begin only then, and not before — either formally or informally,” she said.

She made clear that Britain could not expect full access to the European Union’s common market without accepting its conditions, including the free movement of people. Immigration was the crux of the often ugly debate that accompanied the so-called Brexit campaign.

“There must be and will be a noticeable difference between whether a country wants to be a member of the European Union family or not,” Ms. Merkel said.

There’s no telling how serious everyone is about this position, but it’s bad news for Boris Johnson and the other leaders of the Leave contingent. And that’s not all. In addition to fessing up to the lies they told about how much money Brexit would free up, they’re also walking back their tough talk on migrants:

On immigration, too, there was immediate backtracking from Mr. Johnson and Daniel Hannan, a member of the European Parliament from the Conservative Party, who told the BBC, “Frankly, if people watching think that they have voted and there is now going to be zero immigration from the E.U., they are going to be disappointed.”

….“There is a clear tension between what the voter wanted and what senior euroskeptic leaders want to produce,” said Matthew Goodwin, a professor of politics and international relations at the University of Kent. “If they don’t deliver radical reforms on immigration, it would be the equivalent of pouring gasoline on the populist UKIP fire that has been burning since 2010.”

In the meantime, the pound is still down, Britain’s credit rating has been cut, and Scotland is making noises about being able to veto the whole deal. Can they do that? No one really knows, but if party leaders start casting around for an excuse to nullify the referendum vote, it might do.

On the bright side, financial markets seem to steadying up a bit. That’s no surprise. I suspect that after the initial shock has worn off, everyone is going to realize that Brexit does not, in fact, represent a massive shock to the global economy. It probably won’t even represent a massive shock to the European economy. In the long run, the only economy it will hurt significantly will be Britain’s.