The 1990s sure are being relitigated these days, aren’t they? The repeal of Glass-Steagall. Welfare reform. The crime bill. NAFTA.

This is…mostly kind of boring. Glass-Steagall almost certainly had nothing to do with the 2008 financial crisis, and it had been effectively dead for years before it was officially repealed anyway. Welfare payments have gone up dramatically over the past few decades, and the welfare reform law did nothing to stop that growth. 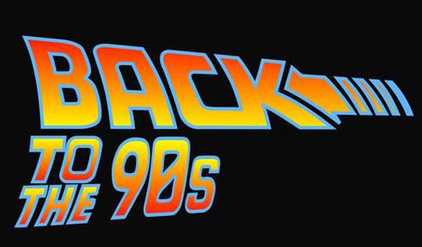 Its impact on “deep poverty” has also been substantially overblown. The 1994 crime bill is being viewed through the lens of 2016 with very little effort to understand how people actually felt about crime in 1994. Everyone who was there knows that (a) it was a response to a genuine crime wave, (b) most of the noxious stuff was pushed by Republicans, not Democrats, (c) it had virtually no effect on mass incarceration, (d) Hillary Clinton used the term “super predator” precisely once, (e) black leaders were split over the bill, but plenty of them supported it, and (f) both Bernie Sanders and Hillary Clinton supported it anyway. As for NAFTA, Eduardo Porter took that on a few days ago:

The autoworkers’ animosity is aiming at the wrong target. There are still more than 800,000 jobs in the American auto sector. And there is a good case to be made that without Nafta, there might not be much left of Detroit at all. “Without the ability to move lower-wage jobs to Mexico we would have lost the whole industry,” said Gordon Hanson of the University of California, San Diego, who has been studying the impact of Nafta on industries and workers since its inception more than two decades ago.

….For all the brickbats thrown at it, the Nafta trade deal itself had a relatively modest impact, most studies agree. For one thing, the Mexican economy is still tiny compared with that of the United States and its trade surplus has remained relatively small….Nafta is often blamed for dynamics that are not of its making. The surge of Mexican exports in the 1990s was propelled by a sharp devaluation of the peso, which set off the so-called Tequila Crisis. The wave of immigration from Mexico into the United States, which lasted until 2005, was driven by a decline in government subsidies to farmers and an economic collapse that occurred just as millions of young Mexicans were entering their late teens and were desperate for jobs.

….Robust North American trade is also critical to the United States. If Mexico achieved significantly higher living standards, Mr. Trump could save the money for his border wall. Already fewer Mexican migrants are coming to the United States than going. Were Mexico richer, the flows back home to Mexico would probably be greater. And if the real concern is China — another target of Mr. Trump’s ire — a truly integrated North American market would help keep it at bay.

NAFTA was hardly a godsend for American workers, but neither was it the giant sucking sound that Ross Perot and others warned of. Overall, an integrated North American market was—and is—a good idea.

More generally, though, how about if we all focus more on the 21st century? Debates over universal health care are great. Ditto for college costs, pre-K programs, Wall Street regulation, and parental leave. But let’s leave the 90s behind. Aside from the destruction of politics wrought by Newt Gingrich, it was a pretty good decade, no matter how some aspects might look from the Olympian view of 2016. It’s time to give it a rest.